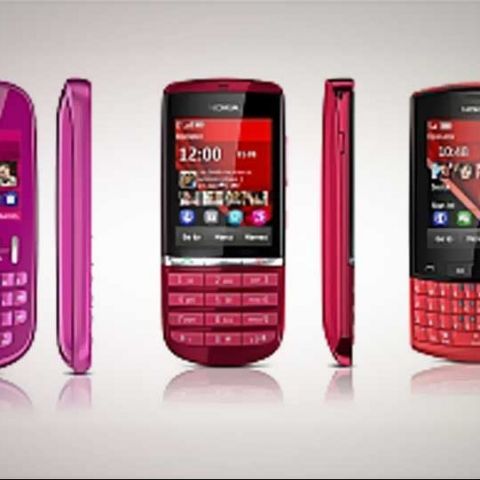 The Nokia Asha (which means hope in Hindi) phones are said to be tailor-made for the emerging countries. Nokia says its new series of phones are aimed at making “affordable, stylish, and feature-rich phones” available across the globe.

Nokia says its Asha  200 and 201 phones cater to “young consumers”. The Asha 200 supports dual-SIM and comes with an EasySwap feature, which allows users to swap SIM cards which having to switch off the device. The Asha 201 is a single SIM device.

The two phones come with a full QWERTY keypad, 2.4-inch QVGA display and storage capacity extendable up to 32GB. Others features of the Nokia Asha 200 and Nokia Asha 201 include integrated social networking, e-mail and instant-messaging services. Both the devices will be priced nearly at EUR 60 (roughly Rs. 4,150). Read more details about the Asha 200 here. The Asha 200 is expected to start shipping in the fourth quarter of 2011, while the Asha 201 is expected to arrive in the first quarter of 2012. Check out more details about the Asha 201 here.

The Nokia Asha 300 comes with a powerful 1GHz processor. It also features a 2.4-inch touch screen, 5MP camera, music player, FM Radio and extendable storage up to 32GB. For connectivity, the device supports Bluetooth and 3G. Other features of the device include a pre-loaded Angry Birds game and Nokia's app store, Nokia Store.

The estimated retail price for the Nokia Asha 300 will be approximately EUR 85 (roughly Rs. 5,900) and are expected to start shipping in the fourth quarter of this year. Read more details about the Asha 300 here.

The Asha 303 is a touch and type phone, featuring a 2.6-inch capacitive touch screen and a QWERTY physical keypad. Nokia says the Asha 303 will feature cloud-based Nokia Browser, apps such as Facebook Chat, Whatsapp messaging and the latest release of Nokia Maps for Series 40. Other features of the Nokia Asha 303 include 3.2 MP EDOF camera, 1300mAh battery, extendable storage up to 32GB via microSD, Bluetooth 2.1, WLAN 803.11b/g/n and 3G.