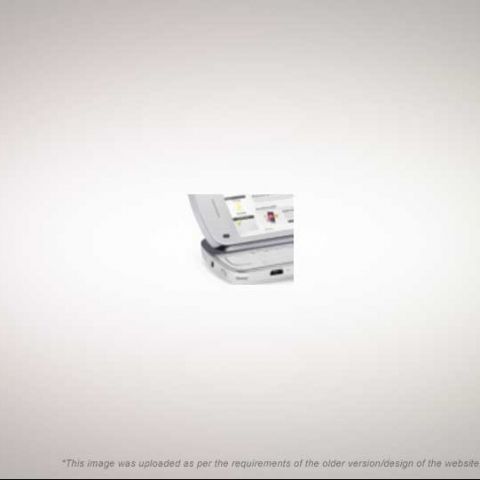 As we take our first look at the Nokia N97 it certainly comes off as an impressive device. Despite being only the second device by Nokia to sport a touch-screen and the first ever in its N-Series it is no less of a finished product. Like all phones of the N Series it is a class above the other Nokia phones, with a 3.5-inch screen, a 5MP camera, and a slide-out full QWERTY keyboard. Apart from the keyboard, the number of physical buttons are minimal, at just three.

The first thing that strikes you after you start up the device is a new widget-oriented home screen, where you can  add / remove widgets to personalize the display. The widgets appear as six horizontal bars, of which the first is fixed as a time, date and profile display, and the other five can be moved around. With preloaded widgets for News, email, weather, Facebook, and so on it is easy to get relevant content at a glance.

The touchscreen isn't all. The phone also comes with an inbuilt GPS, and a magnetic compass for a wonderful navigation experience along with Nokia Maps, which comes preloaded with data on Indian Cities. Also included is a proximity sensor which turns off the touchscreen when you are making a call, and an accelerometer for auto-rotation of the screen. Storage comes in the form of 32GB memory which can be expanded by up to 16GB, yes, that's 48GB on a mobile! Enough for the phone to run out of digits to show how many pictures can be taken. WiFi support enables a faster internet experience and lower costs when at home. A TV-Out feature is also present, but even with a device which costs as much as this one, a TV-Out cable hasn't been provided.

While the phone doesn't support  multi-touch, the touch features themselves are utilized quite well, and with a handy QWERTY keyboard around, available for use along with the touch screen, you wont miss much.

For a widget-centric design though, having just five predefined bars for widgets is a limitation. With Android's rather more powerful support for widgets, Nokia will need to do better in this department. The interface does have a few glitches, such as new menus items sometimes popping up out of place. These all are more of software issues, which we can expect Nokia to hopefully fix with firmware updates, which with their Firmware Over the Air feature, should be a trivial task.

The Nokia N97 doesn't take much getting used to, and most people will be able to immediately start working (or playing) with it, and even with the default suite of applications availible in it you will be able to get enough done. As we get more familiar with the Nokia N97 we will take a deeper look at some it its key features and functionality. Stay tuned!