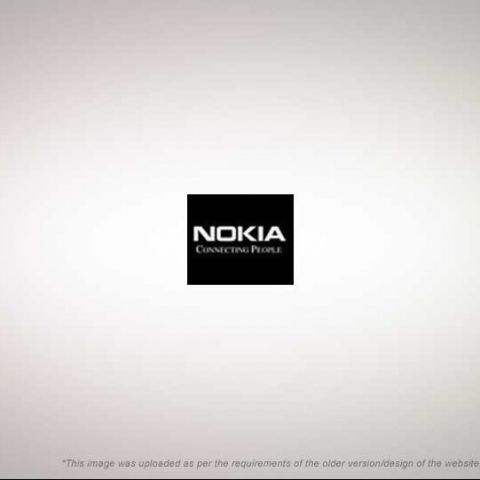 Nokia is working on a miraculous way to keep a mobile powered – mobility! Based on the same principles as wristwatches that get their power from their users’ movements, however incremental, Nokia’s concept is called a “piezoelectric kinetic energy harvester”, and is quite a mouthful. In other words, a device that takes the kinetic energy all phones are almost continually subjected to, and converts it into electrical energy.

While this might not actually replace a power charger in terms of speed of charging, it might help prolong battery-life, and perhaps function as a secondary/temporary power source, coupled with wireless microwave/radio power transmission, or even ambient radio waves. The Finnish phone maker believes that this technology has the potential to replace wired power almost completely, and ‘converts’ kinetic energy into electrical energy like this: by fixing the heavier internal components onto “rails”, a significant portion of the phone’s interiors become part of a “force-transferring assembly”. This setup generates electricity when the piezoelectric crystals get compressed against the frame by the internal movement. The electricity produced then charges a capacitor that then feeds the battery. Check out the United States Patent Application here, and some blueprints from there below: 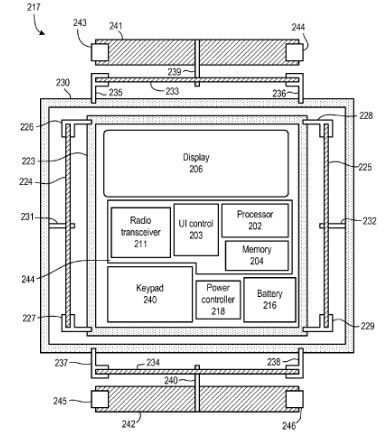 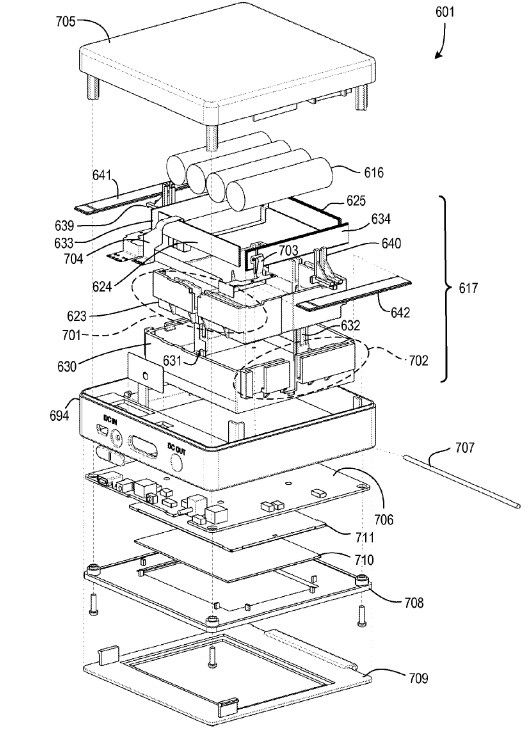