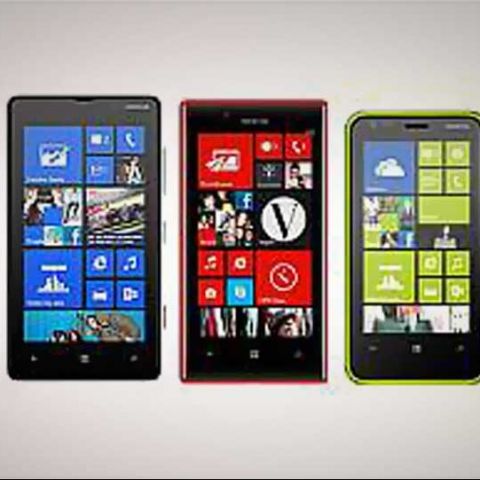 Nokia has announced the latest addition to their Lumia family, the 720 and the 520 at MWC 2013. We take a look at the entire Lumia family and help you decide which is the best device for you.

With the unveiling of the Lumia 720 and the 520 today, it looks like the Lumia family is complete. We have the Lumia 920 and the 820 already available in India with the 620 just around the corner.

The inclusion of the Lumia 720 and the 520 should offer more Nokia Windows Phone devices across a wider range of price-points, from budget to top-end.

We take a comprehensive look at the specifications of all the Nokia Lumia smartphones and help you decide which of them is the most suitable smartphone for you, with all the features you require.

From the below table it is clear that Nokia is targeting consumers in all the price brackets, giving each one of them the option to own a Lumia device running Windows Phone 8:

If you are looking for an entry level smartphone then the Lumia 520 is the one for you. It will give you the most basic hardware under the hood and a complete Windows Phone 8 experience at the Rs. 10,000 price point. It however compromises on the front facing camera. If you are looking instead for a comparable Android experience around the Rs. 10,000 price point we suggest you take a look at the Karbonn A21, Micromax Canvas 2 A110, Samsung Galaxy Ace Duos and the Huawei Ascend G330. All the smartphones run on the Android OS, and have their own skin overlaying the OS but they do provide a decent entry-level smartphone experience. The camera on these Android devices is nothing to call home about, but they do have the potential to run all the apps from the Google Play store as well as multitask.

Next up we have the Lumia 620, at the Rs. 15,000 price point. This phone has been delayed so many times in India that we feel customers who were waiting for it have abandoned hope and looked for greener pastures on Android. If you too are one of these people, we suggest you take a look at the likes of the Micromax Canvas HD A116. You get a powerhouse of a device with a 5-inch display for Rs. 13,990. The smartphone has a quad-core processor, 1GB of RAM and a 720p HD display. The only downside is that the device is plagued with the random bugs and crashes found on other devices in the same price point. It also sees a serious crash if you install Flipboard on it. If the Canvas HD isn’t the device for you, you have the like of the HTC One V, Sony Xperia U, Lava Xolo X990 and even the Huawei Ascend G600 as your Android alternatives at the Rs. 15,000 price point.

The Lumia 720 is the company’s mid-range device for the consumer with a budget of Rs. 20,000. The specifications of the device are great to run apps and it has a good camera too. For the same price point in the Android world, you get the LG Optimus L9, HTC Desire X, and Sony Xperia J. For the BlackBerry lover, there is the BB Curve 9360.

The Lumia 820 is quite an impressive device. You can check out our review of the Lumia 820 here. For Rs. 25,000 the consumer is spoilt for choice with a wide variety of options. You have the Samsung Galaxy S II which is still growing strong, the Sony Xperia S, and for those that want a large screen device, we have the first generation Samsung Galaxy Note and the LG Optimus 4X HD.

Last but not least, we have the Nokia Lumia 920, which is Nokia’s flagship device - check out our review of it here. It is a device worthy of praise and the camera on the Lumia 920 is truly stunning. From the Android universe, we have the HTC One X , Samsung Galaxy S III, Samsung Galaxy Note II, and the Sony Xperia Ion. All the devices are the flagship models of the respective manufacturers and are a definite bang for the users buck.

Do let us know in the comments section below which of Lumia smartphone is most suitable for you, of if you are more inclined towards one of the Android alternatives in the segment.