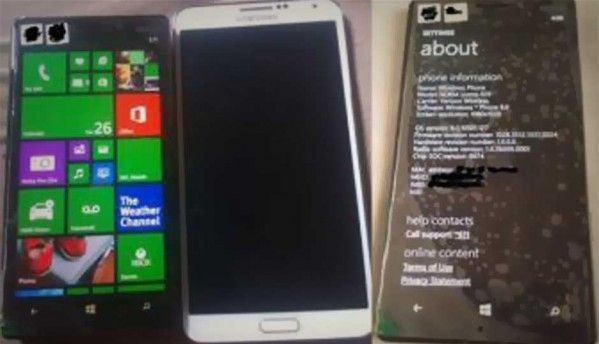 A prototype of the 5-inch device, alleged to be the Nokia Lumia 928 was seen in some newly leaked images from Mexico

The Nokia Lumia 929 has leaked over the internet yet again in some new pictures boasting the US carrier Verizon logo on top. This is not the first time we are seeing the device, as earlier we saw a hands-on video as well as some images of the device showing off its looks.

The device is expected to launch in the US and should be a good upgrade to the Lumia 928 on the Verizon network. The Lumia 929 is rumoured to have a 20MP PureView camera with a dual-LED flash which is an excellent upgrade from 8MP module on the 928. In the performance department, a Snapdragon 800 quad-core processor running at 2.2GHz with Adreno 330 graphics and 2GB of RAM will be powering the 929. The 5-inch full HD 1080p display also seems to be nice upgrade from 4.5 inch 720p display as on the 928. There won’t be an expandable memory card slot so it might just come in 32GB and 64GB versions. Apart from the above there will be LTE radio, NFC, and wireless charging support. The smartphone is also expected to run the latest Windows Phone GDR3 update out of the box.

The rumoured specifications do seem interesting; however the configuration is similar to the 6-inch Lumia 1520 phablet. Nokia did recently venture into the phablet market with the 1520, but it seems that the Finnish giant wants to leave the choices to the consumer whether they want a large-screened phablet or a 5-incher smartphone.