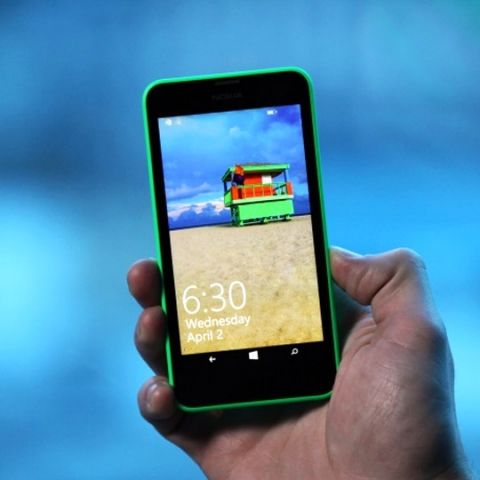 After finalizing its acquisition deal with Microsoft two weeks ago, Nokia is on a roll and is already out with its new Windows Phone 8.1-based smartphone - the Nokia Lumia 630. After launching Nokia XL last week, the company has just announced the Lumia 630 in India.

The Lumia 630 will be the first smartphone to feature Microsoft's Windows Phone 8.1 operating system. Nokia is planning to launch the dual-SIM version of the Lumia 630 on 16th May. The single SIM variant of the phone will be launched later this month.

The pricing of both the variants has also been announced. The single-SIM variant will cost Rs 10,500 while the dual-SIM version will be available for Rs 11,500.

Lumia 630 features a 4.5-inch display with FWVGA (854x480) resolution, a 5MP camera and 8GB of internal storage which is expandable via a memory card slot. It will feature 512MB of RAM. The smartphone is powered by a Quad-core Qualcomm Snapdragon 400 processor running at 1.2GHz. The battery capacity of the phone is 1830mAh. The display features Corning Gorilla Glass 3 protection with Lumia color profile and wide viewing angles. Nokia has used its ClearBlack display technology on Lumia 630's display which is an IPS LCD screen.

The all-new Lumia 630 will have the latest Windows Phone features like the Cortana search assistant and the Universal Windows apps. India is among the first few countries where the smartphone has been announced.