Nokia Lumia 610 arrives in India, along with special edition Lumia 800 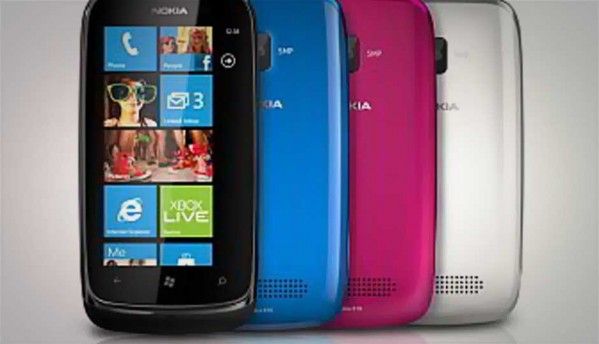 Nokia Lumia 610 arrives in India, along with special edition Lumia 800

Nokia has announced the addition of a third phone to the Windows Phone series – the Lumia 610. This is the third Lumia phone to be launched in India as well, with Nokia saying that they are targeting the “youthful audience” with this device.

The Lumia 610 is powered by an 800MHz Snapdragon processor along an Adreno 200 GPU and 256MB of RAM. It also bears a 3.7-inch 800x480 pixel display, apart from a 5MP autofocus camera with LED flash, and 8GB built-in storage. The phone will come with Windows Phone 7.5 Mango out of the box, and will get the 7.8 update will be arriving on this phone soon.

“The Lumia 610 will introduce Windows Phone to a new generation of smartphone users, offering something very different to the monochromatic smartphones filling shelves today. It is designed to appeal to a more youthful audience purchasing their first smartphone and motivated by the opportunity to keep in touch with friends, family and all the latest information.”, says Vipul Mehrotra, Director – Smart Devices, Nokia India.

The Lumia 610 comes with a best buy price of Rs. 12,990, and will be available in stores from July 7, 2012. It will also feature the regular Nokia value-added services, such as Nokia Music, Nokia Mix Radio, and Nokia Location Services.

Fans of the Dark Knight franchise will be excited to hear that Nokia is also bringing the Lumia 800 The Dark Knight Rises limited edition to India. This one will have a black finish, with the laser etched Batman logo and some exclusive apps, content and goodies. This has been given a best buy price of Rs. 24,999. This phone will be limited to 200 units only. The Lumia 900 is also expected to be launched in India, sometime in Q3 2012.