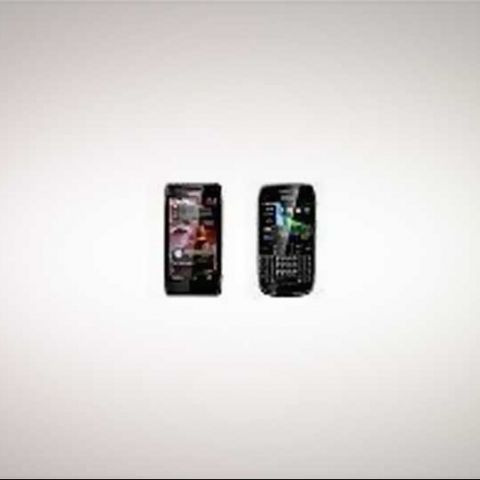 Both the Nokia E6 business and Nokia X7-00 entertainment phones are expected very soon in India, before the end of June, or Q2 2011, and will arrive featuring Symbian Anna onboard. For now, estimated pricing is still based on the European MSRPs, with 380 euros or roughly Rs. 25,000 for the X7, and 345 euros or roughly Rs. 22,000 for the E6. Hopefully of course, Nokia will realise the current market conditions, and price them quite a bit lower than this. We won’t be too surprised if they don’t listen, of course. For detailed specifications of the two phones, refer to our previous coverage.

The Nokia E6 has a few things going for it – a Touch and Type style of touchscreen and keypad, a brilliant 2.46-inch screen that squeezes 640x480 pixels (at a iPhone 4-beating 326ppi), 8GB inbuilt storage, and a QWERTY keypad design that has its roots in the capable E72. No processor details are available yet. Business features include Microsoft Mail for Exchange, Communicator Mobile and SharePoint. The E6 will apparently deliver up to 14.8 hours of talk time, and nearly a month of standby time. It comes with an 8MP camera with dual-LED flash and an EDoF sensor – the same as the E7 and X7, capable of 720p HD video recording at 25 fps. Pricing of this phone will be very important, as its form factor and predecessors have all been especially popular in India.

The Nokia X7 will have a harder time justifying its price, unless it is much cheaper than the N8, and close enough to the C7. An entertainment phone with a large 4-inch 360x640 ClearBlack Display, it comes with the same 8MP EDoF camera as the Nokia E6 and E7, and the same 680 MHz ARM 11 with Broadcom BCM2727 GPU as the Nokia N8 and E7. It has 256MB RAM, 1GB ROM, and will probably come with an 8GB microSD card bundled.