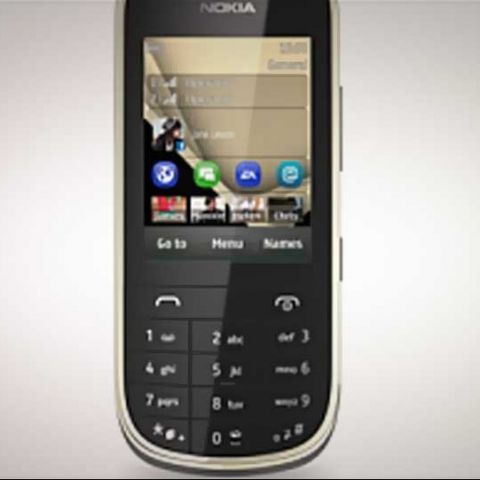 Nokia has launched another Asha phone in India. The new Asha 202 is a dual-SIM touch-type phone priced at Rs. 4,149.

Running on Nokia's Series 40 operating system, the Nokia Asha 202 features a 2.4 inch resistive touchscreen ( 320 x 240 pixels) with a traditional alpha-numeric keypad. It has an internal storage of 10MB, expandable up to 32GB via micro-SD card. The Asha 202 has a 1,020 mAh battery, which is rated to deliver 5 hours of 2G talk time. It has Bluetooth as well.

Moreover, the Asha 202 has a range of features meant for social networking, gaming and entertainment. It also has an EA-games pack, and Nimbuzz chat client, aimed at young consumers. As part of introductory offer, Nokia is offering 40 EA game pack worth Rs 4,000 absolutely free. The offer includes popular games such as Tetris, Need for Speed, The Run and Bejeweled. The device comes pre-installed with Nokia Browser. Learn more about specifications of the Asha 202 here.

Nokia had unveiled the Asha 202 phone at the MWC event held earlier this year. The launch of Asha 202 comes shortly after the Finnish company launched its Asha 302 in India. Nokia's Asha series phones are mainly aimed at the developing markets such as India.

The new dual-SIM phone is likely to strengthen Nokia's hold in the dual-SIM phone market, where it faces competition from the likes of Micromax and Samsung.

What do you think of new Nokia Asha 202? Let us know in the comments section below: