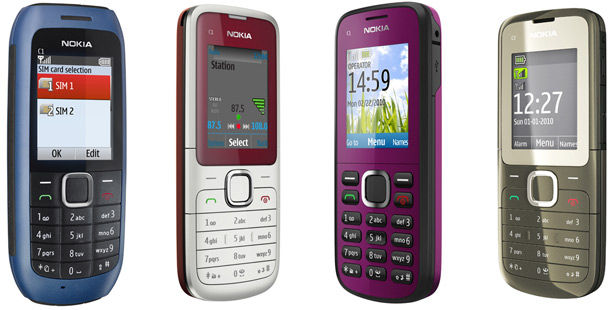 Nokia has announced new Cseries devices that are ideal for developing countries, with four low-cost and sturdy mobiles, two of which are dual SIM.

The Nokia C2 will cost 45 Euros, or approximately Rs. 2, 500, and is a dual SIM phone that has the second SIM in a hot-swappable position, said to be the world’s first such mobile. It supports dual-band GSM, at 900/1800 MHz. Other features include a VGA camera, GPRS/Bluetooth/microUSB connectivity, microSD expansion to 32GB (!), 3.5mm audio jack and MP3 player, and FM radio with broadcast recording. It has a standby time of 16.5 days, and a talk time of 4 hours.

The Nokia C1 is available in three flavours, the dual SIM Nokia C1-00, the Nokia C1-01 and the Nokia C1-02. The C1-00 will cost 30 Euros, or approximately Rs. 1,700, and is a GSM-GSM dual SIM phone that supports just one active SIM at a time, along with an easy switch option. Featuring an astounding 48 day standby time, the phone also offers FM radio, 3.5mm audio jack and a flashlight at the low-price. 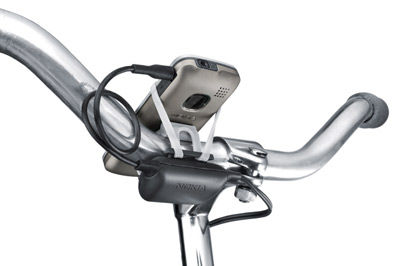 The Nokia C1-00 is expected to release in Q3 2010, while the other thee phones will release in Q4 2010. Along with them, Nokia will also launch its useful bicycle charging kit, which employs a dynamo to charge phones that support the standard Nokia 2mm power pin. This will certainly be a great advantage in developing countries, including India.

Read on to find a comparison table of specifications for all four phones...