Nokia 8 with dual cameras and Snapdragon 835 launching in India on September 26: Report

HMD Global is reportedly planning to launch the Nokia 8 at a press event in New Delhi on September 26. The flagship smartphone could be priced between Rs 40,000 and Rs 45,000. 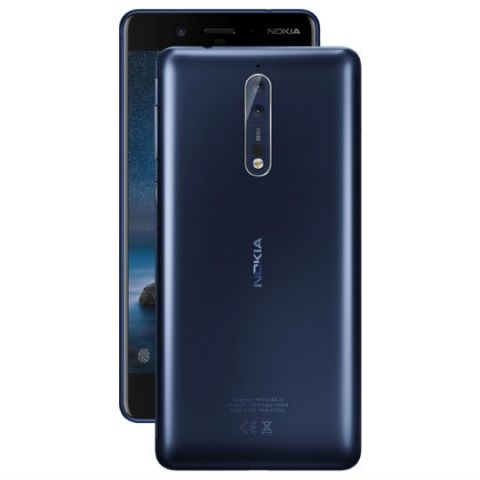 Nokia 8, the flagship smartphone from HMD Global will be launched in India on September 26. According to 91mobiles, the smartphone will be annonced at a press event in New Delhi and will be priced between Rs 40,000 and Rs 45,000. The Nokia 8 was announced last month in London and is available across major markets in Europe.

The report cites HMD Global’s distribution partners in India saying that the company is planning to start selling the Nokia 8 before Diwali. The flagship smartphone is expected to become available during the first or second week of October. The Finnish company is also reportedly planning to sell the smartphone via both offline as well as online retail channels.

The Nokia 8 is a premium smartphone made out of a single block of 6000 series alumnium. The smartphone features a 5.3-inch Quad HD display with a resolution of 2560 x 1440 pixels and is powered by Qualcomm's Snapdragon 835 processor. It comes with 4GB RAM and 64GB storage and supports expandable storage up to 256GB via hybrid SIM slot.

Like most recent flagships, Nokia 8 also features a dual rear camera setup with Carl Zeiss optics. It sports dual 13MP rear cameras with one RGB colour sensor and another monochrome sensor. The primary sensor has f/2.0 aperture, phase detection autofocus and optical image stabilisation. There is also a 13MP front camera with phase detection autofocus, f/2.0 aperture and support for 4K video recording. The Nokia 8 also brings a new 'Bothie' feature that uses both front and rear cameras simultaneously. The feature is also supported while live streaming on Facebook or YouTube. For audio, HMD Global has added Nokia's OZO spatial 360-degree audio for an immersive experience.