Nokia 7 receives over 150,000 pre-registrations, sells out in minutes during first flash sale 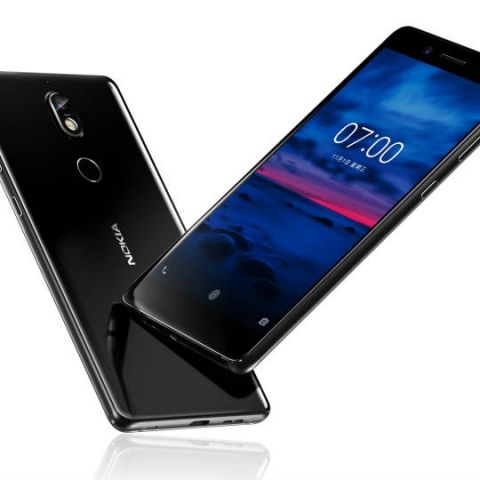 After Nokia 6, HMD Global launched its second Android smartphone in China, the Nokia 7 on October 20. Pre-registrations for the smartphones began on the day the phone was launched. The Chinese e-commerce websites, JD and Suning, both hosted the Nokia 7 sale. According to a report by NokiaPowerUser, pre-orders for the smartphone crossed 150,000 combined on both the websites.

The Nokia 7 went up for sale on October 24 in China and went out of stock on both JD.com and Suning.com in minutes, the report states. The total number of smartphones sold during the flash sale has not been revealed yet. The report also says that the Nokia 7 will start shipping from October 31.

The Nokia 7 sports a premium design with series 7000 aluminium frame with glass back. It comes with the new Bothie camera mode found on the company’s flagship, Nokia 8.

The Nokia 7 is powered by a Qualcomm Snapdragon 630 platform and comes in two variants of either 4GB or 6GB RAM. Both the variants get 64GB of internal storage, which can be further expanded upto 128GB via a microSD card. The smartphone sports a 5.2-inch Full HD IPS LCD display with a 2.5D curved glass on top.

In terms of optics, the Nokia 7 features a 16MP primary camera with f/1.8 aperture and dual-tone flash. It comes with a 5MP front facing camera with f/2.0 aperture. Similar to the Nokia 8, the Nokia 7 comes with a Bothie camera mode which allows users to simultaneously shoot videos with both the front and rear camera. The feature it also integrated with Facebook Live and YouTube. The smartphone features a fingerprint sensor on the rear and runs on Android Nougat. The device is backed by a 3000mAh battery and is assured to receive an update to Oreo in the future.

HMD Global has sent out a press invite for an event in India on October 31. No details of the event are known yet, but it invites attendees to “unveil the next milestone for Nokia phones.” It is being speculated that the company may be launching the new Nokia 7 smartphone in India.