Nokia 6.1 Plus updated to Android 9 Pie

As promised, HMD Global is rolling out the Android 9 Pie update to Nokia 6.1 Plus smartphones. The over-the-air update will require 1.3GB of data download. 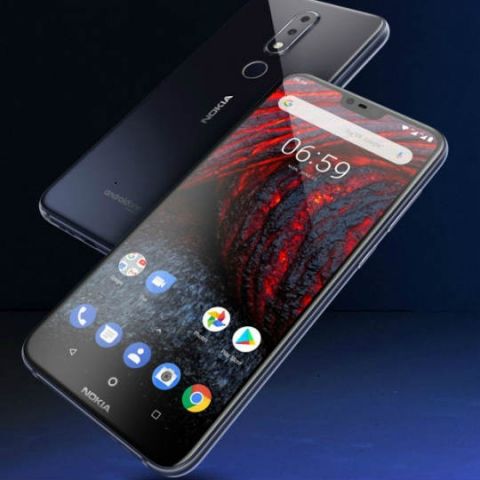 Those of you who chose the Nokia 6.1 Plus because you believed in the Android One programme, rejoice! Nokia is rolling out the ninth and latest version of Android to 6.1 Plus smartphones. Users of the smartphone should receive a notification about the 1.3GB over-the-air update anytime now. News about the update comes from a tweet sent out a couple of days ago by Juho Sarvikas, HMD Global’s Chief Product Officer.

Apart from the feature changes Android 9 Pie brings inherently, like adaptive battery, integrated Google Lens, and the new pill-based navigation, there’s no word on what Nokia-added features the update brings. Though Android 9 Pie comes with native notch support, we are yet to confirm if the update on the Nokia 6.1 Plus has it, because the feature to toggle the notch on and off was removed in an earlier update. 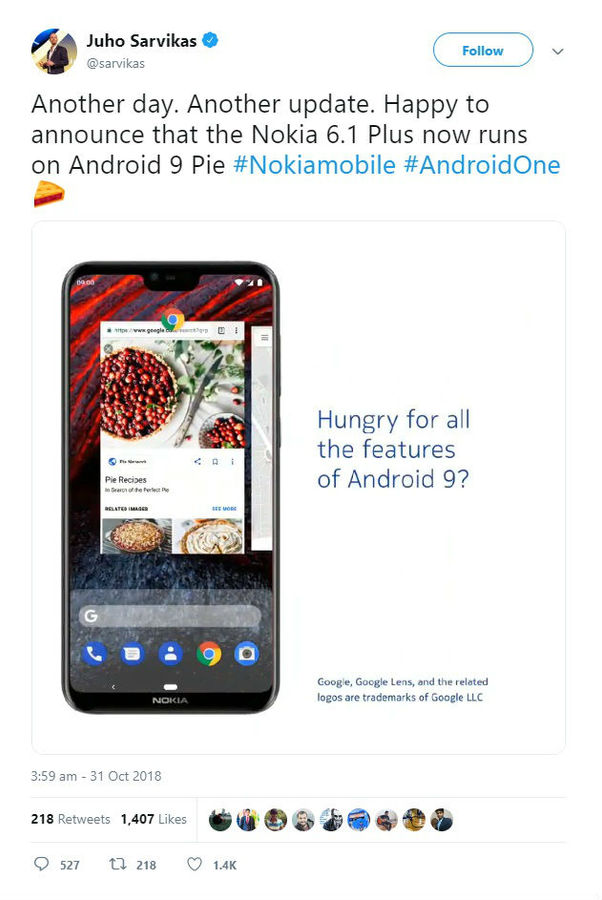 The Nokia 6.1 Plus was launched in August this year at a price of Rs 15,999 for the 4GB RAM + 64GB storage variant on Flipkart and Nokia’s online store. The Nokia 6.1 Plus sports a 5.8-inch Full HD+ display with an aspect ratio of 19:9 and a notch on the top. It’s powered by a Qualcomm Snapdragon 636 chipset and 4GB of RAM. Its storage can be expanded up to 400GB using a microSD card.

For optics, the Nokia 6.1 Plus is equipped with a 16-megapixel + 5-megapixel dual camera by Zeiss on the back and a 16-megapixel shooter in the front. Both cameras have an aperture of f/2.0 and support Bothie mode (Nokia’s unique feature where the smartphone captures images from both sides of the phone at the same time). The Nokia 6.1 Plus’ battery is a 3,060mAh unit that supports fast charging. What difference the adaptive battery feature from the Android 9 Pie update makes on the Nokia 6.1 Plus still remains to be seen.