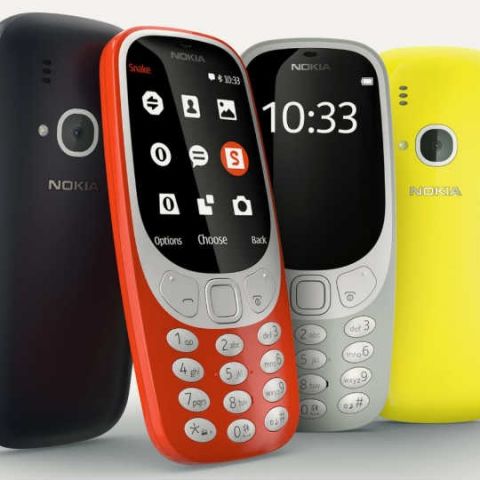 To recall, HMD Global had first showcased Nokia 3310 at Mobile World Congress in Barcelona in February this year. The feature phone was introduced alongside company's Android-based Nokia 3, Nokia 5 and Nokia 6 smartphones. At the event, the Finnish company said that all four handsets will become available during the second quarter of 2017.

In terms of features, Nokia 3310 sports a 2.4-inch QVGA colour display and is based on Nokia's Series 30+ system. The feature phone's USP is the standby time of nearly 25 days and talktime of up to 22 hours. It measures 115.6x51.0x12.8mm and weighs just under 80 grams including the battery. The Nokia 3310 also comes with a 2MP rear camera with LED flash, and supports external storage up to 32GB via microSD card slot. The dual-SIM feature phone includes LED torchlight and offers MP3 playback up to 51 hours along with FM radio playback up to 39 hours.

"Talk all day on a single charge, send texts, take pictures and enjoy a pocket jukebox with a built-in FM Radio and MP3 player. Our reinvention of this classic design is sure to make you smile. It's got everything you remember, but with a modern twist. So whether you're after a feature phone that offers amazing battery life in a head turning design or a companion phone, the Nokia 3310 won’t let you down," said Ajey Mehta, VP-India, HMD, Global.

The Nokia 3310 is the second feature phone from HMD Global after the launch of the Nokia 150 in December last year. HMD Global had recently confirmed that Nokia 3310 will have full replacement guarantee in India. The company is also expected to launch its Android-based smartphones in the country next month.