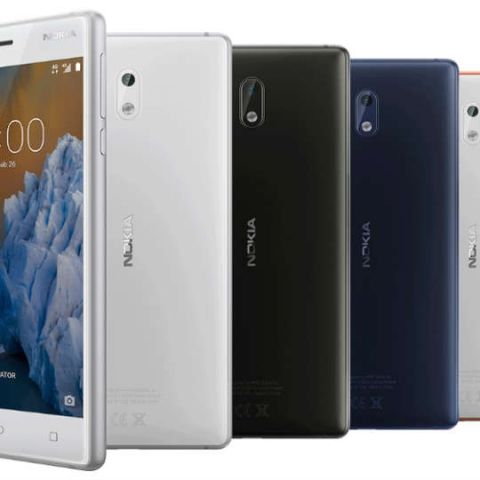 The Nokia 3 smartphone is the cheapest Android smartphone offered by Nokia licensee HMD Global. The device costs Rs 9,499 in India and is available through offline channels only. Given its budget price tag, one wouldn’t have high expectations from the build quality of the device, but a durability test conducted by YouTube channel JerryRigEverything proves otherwise.

The Nokia 3’s front glass scratches at level 6 on the Mohs scale, 10 being the hardest to scratch. To put this in context, a plastic screen scratches at number 3, while a tempered glass screen scratches at 6 and a Sapphire screen (like the one on the HTC U Ultra) scratches at 8.  The Nokia 3 sports an unspecified version of Corning Gorilla glass and the front facing camera on the phone is also tucked under it. While the Nokia 3 features a plastic back, its buttons and sides are made of metal.

The 8MP rear camera on the Nokia 3 is protected by a plastic lense and is prone to scratches as it sits flush with the back panel of the device. The YouTuber calls it a “prime scratching location with zero protection.” Using a back cover or a plastic skin can solve this issue though. The plastic back cover of the device also failed to resist scratches. However, the metallic sides of the Nokia 3 proved to be pretty sturdy.

When the phone’s 5-inch IPS display was subjected to a burn test, it survived a mere 10 seconds under the flame of a lighter. However, pixels did recover from the heat eventually. Most importantly, the phone survived the famous bend test. The Nokia 3 passed the bend test even when flexed from both directions.

The Nokia 3 is powered by a Quad-core MediaTek MT6737 with 2GB of RAM. The device offers 16GB of storage and is equipped with a 2630mAh. The phone comes with 8MP cameras in the front and back.