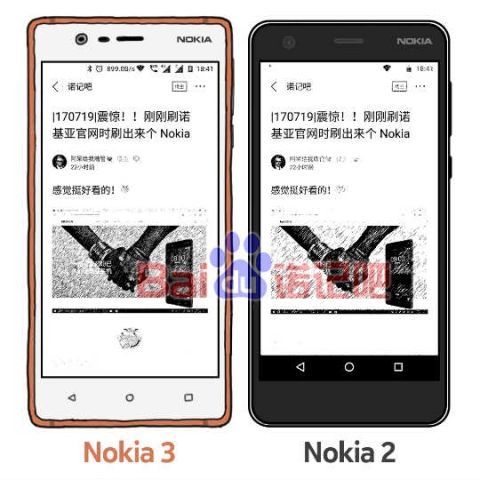 Nokia 2, the rumoured entry-level smartphone from HMD Global has been leaked in the form of renders in the past. The smartphone has now received FCC certification indicating four different variants. The database reveals four model numbers TA-1007, TA-1023, TA-1029 and TA-1035 but it doesn't reveal device specifications.

Nokia 2 is not a mystery device and it has already appeared in the GeekBench benchmarking platform. The smartphone is expected to be placed below Nokia 3 in terms of pricing and could be powered by the Snapdragon 210 chipset coupled with 1GB RAM. The smartphone is likely to run on Android 7.1 Nougat. The smartphone has also leaked in the form of images indicating a design similar to the Lumia 620 with rounded edges. The handset is also tipped to adopt on-screen Android navigation buttons as opposed to capacitive buttons found on company's other handsets.

Android Headlines notes that the smartphone would sport a 5-inch display with 720p HD resolution and sport a combination of 8MP primary camera and a 5MP secondary camera. The handset is said to be backed by a 2800mAh battery and will be a budget friendly offering aimed to compete with similarly priced devices from Chinese smartphone makers.

The Nokia 8 is also expected to bring back Zeiss partnership with a dual rear camera setup. The smartphone is expected to hit retail stores at €589 (around Rs 44,500). The Nokia 2’s FCC certification further strengthens the fact that HMD Global will introduce both its entry-level and flagship handset at the same time.