No really, the OnePlus 6 is actually more water-resistant than we imagined 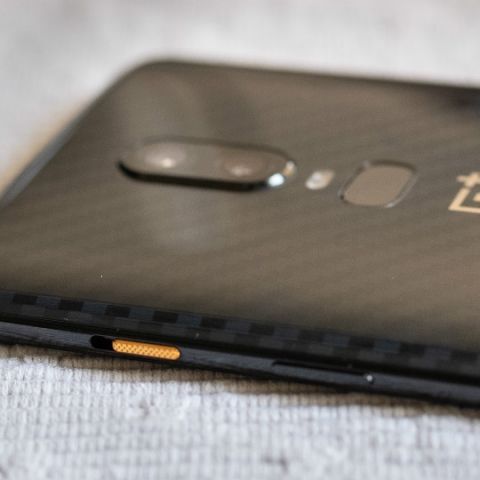 Remember how we said the OnePlus 6 could be more water-resistant than we imagined? We're surer of it now.

A few days ago, we saw iFixit, the online repair site, tear a OnePlus 6 down to inspect its innards. iFixit did so primarily to see how repairable the smartphone was. In the process, we ended up learning that the sealing around openings was quite tight. We were led to believe that the OnePlus 6 could be more water-resistant than we originally thought. Now though, YouTuber Zach Nelson of JerryRigEverything has torn the OnePlus 6 down for the sole purpose of finding out how water-resistant the phone really is. And guess what. The OnePlus 6 isn't so afraid of getting wet after all.

The first evidence of good sealing, according to the video, is the copious amount of adhesive applied to the inside of the back panel, which should keep the lid stuck tight to the phone. It apparently has "more adhesive than an LG phone, but less than a Samsung."

iFixit had remarked earlier that the OnePlus 6 has an integrated rubber gasket around the SIM card tray, but according to Nelson from the video, the gasket isn't substantial enough as the ones on say, a water-resistant iPhone or Samsung. Nelson has also discovered a screwed-on cap for the power button, and water-resistant meshes for the noise-cancellation microphone and the loudspeakers. Some of the meshes supposedly have a rubber seal and screen around them. The headphone jack and the Type-C USB port too have their own rubber seals, according to Nelson.

Nelson has ended his video by stating that "the water resistance of the OnePlus 6 is on par with other flagships that actually do have an IP rating." Considering that, no one's really sure why the Chinese brand's newest flagship never got its own IP rating, but it's probably right to assume that OnePlus simply decided to err on the side of caution than face potential lawsuits over a glass of spilt mojito.