Nielsen survey: 50% of smartphone users in India are under the age of 25

Nielsen has released the findings of the Indian Smartphone User study conducted late last year, and the numbers thrown up are very interesting. 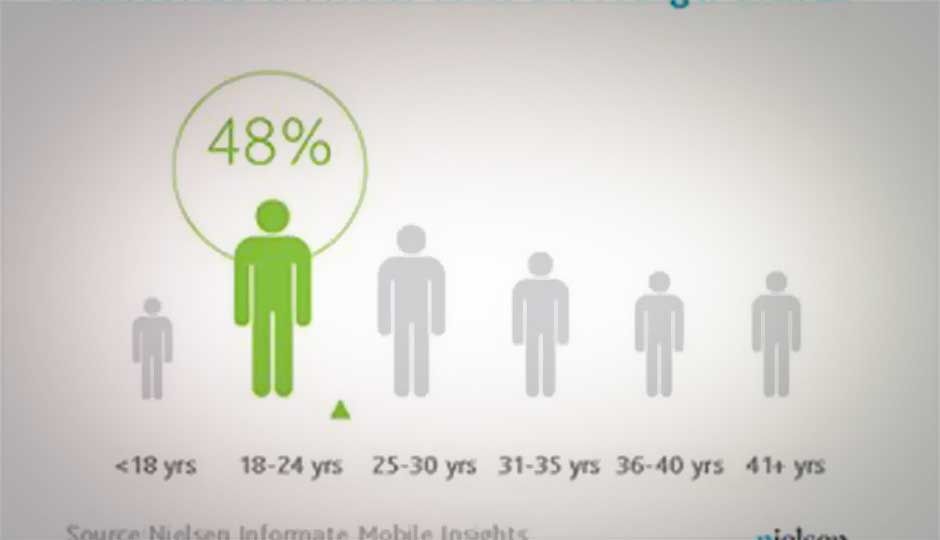 Nielsen survey: 50% of smartphone users in India are under the age of 25

Nielsen has released the findings of the Indian Smartphone User study conducted late last year, and the numbers thrown up are very interesting. The country currently has 900 million mobile phones in use, out of which 40 million are smartphones. Deeper into those numbers, the survey reveals that 50% of those 40 million smartphones are with people under the age of 25. 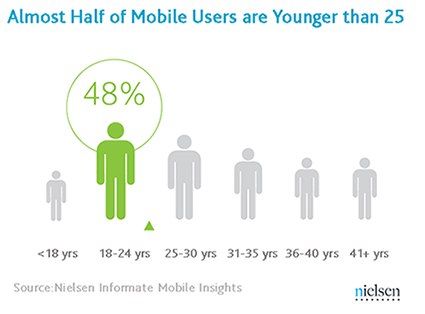 In fact, 93% smartphone owners own only one smartphone. The study also found that smartphone users in India overwhelmingly prefer smartphones on the Android operating system. One of the reasons for this is the availability of Android handsets across various price points, starting Rs. 5,000 onwards. While Symbian usage is also high in India, driven by the Nokia’s Asha range of smartphones, Windows Phone, BlackBerry and iOS devices each only have single-digit market share, at the time of the study. 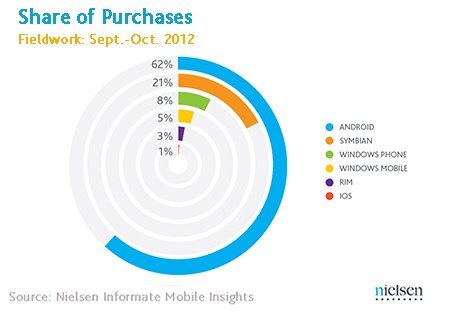 The numbers regarding data connectivity on their mobile phones through the network service provider are fairly poor. Only half of the smartphone users polled did have an active data connection. Interestingly, the youth are leading the growth here as well, with more than half of all data users being younger than 25 years.

Tablets is one device category that still has a long way to go before it catches the fancy of the consumers. Also, this highlights a huge opportunity for tablet makers, ready to be tapped. Of all the users polled and numbers captured by the survey, only 3% said they owned a tablet. However, 11% said they intended to purchase one.

“Nielsen Informate Mobile Insights, an alliance between Nielsen and Informate Mobile Intelligence, polled more than 10,000 consumers in September and October 2012 across 46 cities in India to assess overall usage and device preferences”, says the report.