Nexus 5 up for preorder in India, could be launching in November

The Nexus 5 has been listed on Indian online retail stores as coming soon. Rumours suggest the smartphone could be launching as early as November. 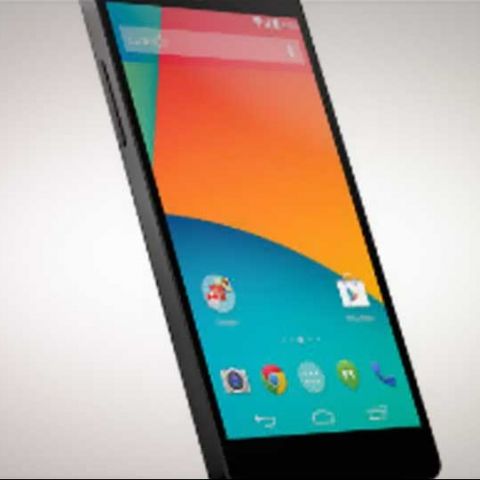 On Snapdeal however, the 16GB Nexus 5 is listed as sold out and there are EMI options available. On Snapdeal, the device is listed for Rs. 28,998 and has a release date of the 4th week of November.

Coming to the specifications of the Nexus 5, the smartphone has a 4.95-inch True HD IPS Plus display with a 1920x1080 pixel resolution giving it a pixel density of 445ppi. Under the hood, a 2.26GHz quad-core Qualcomm Snapdragon 800 processor coupled with 2GB of RAM powers the device.

The rear of the Nexus 5 has an 8MP camera with OIS and the front has a 1.3MP camera. A 2300mAh battery powers the device. The Nexus 5 will run on Google's latest mobile OS, Android 4.4 KitKat.