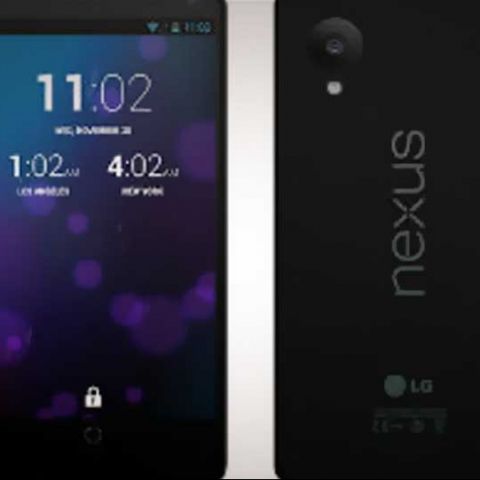 Rumours of the next-gen Nexus smartphone, dubbed the Nexus 5,  have been making the rounds for quite some time now.  The rumoured Google smartphone has popped up on a Japanese retailer, redstar, where the 16GB and 32GB variants of the smartphone are listed.

It isn’t confirmed whether Japan will be one of the launch markets for the smartphone. Since this isn’t an official Google price listing, it is likely that the retailer has marked the price of the smartphone higher.

New information about the Nexus 5 comes weeks after Google accidently showed off the smartphone during the unveiling of the latest version of Android 4.4 KitKat. The device has also made an appearance on the FCC website.

Recently, a leaked document confirmed the specifications of the smartphone - 4.95-inch IPS display with a 1920x1080 pixel resolution, Snapdragon 800 chipset with the CPU clocked at 2.3GHz along with 2GB RAM, an 8MP rear camera with OIS and 1.3MP camera for video calling. A 2300mAh battery powers the entire package.

The rumoured date for the grand unveil of the Nexus 5 is October 30, but there is no confirmation from Google yet.