Nexus 5 is the most popular Android smartphone in India: Antutu 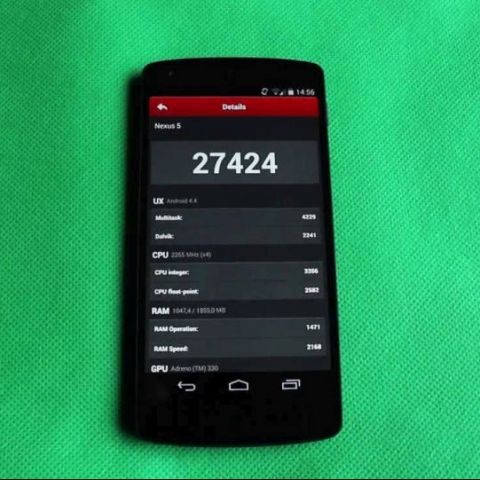 Samsung's Galaxy S4, Note 2 and S3 also feature in the list of top 10 Android smartphones in India. This shows the dominance of the Korean giant in the Indian smartphone market. 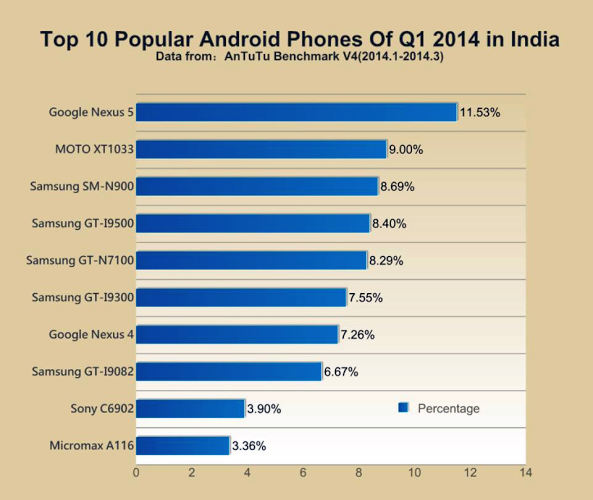 While Xiaomi MI 3 is the most popular Android according to the data received by AnTuTu, it could be due to the reason that the benchmark company receives most data from China. 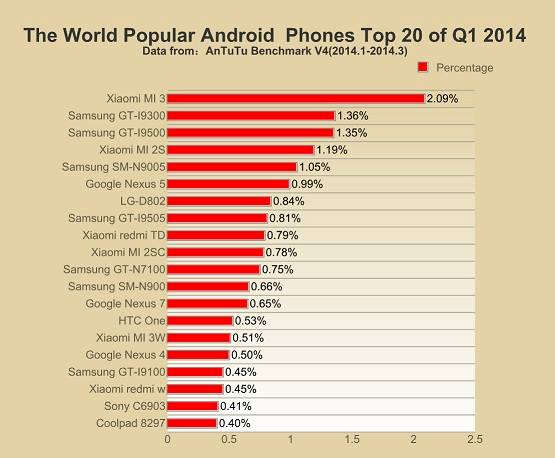 According to AnTuTu statistics, the company receives data of over 5.6 million from China alone which accounts for almost half of the global data which points to the reason of Xiaomi MI 3 gaining the top spot in the list. AnTuTu says that Chinese brands need to go global as the number of smartphone manufacturers is growing in the country. The company also says that known brands like HTC and Sony need transformation and self-revolution as they lack in new marketing methods and reasonable product layouts and if they don't bring the changes they might soon be replaced in the coming future.

Apart from India, Google Nexus 5 is also the most popular Android smartphone in USA according to data from AnTuTu.