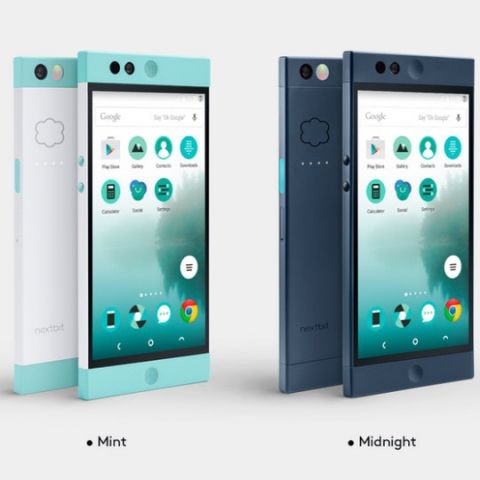 The Nextbit Robin, a smartphone that began its journey on crowd funding platform Kickstarter, will now start shipping to the people who backed its campaign on the platform.  At CES 2016, Nextbit’s Chief Designer Scott Croyle announced that customers can expect their GSM variant of the Nextbit Robin in their hands by February 16. So, if you are one who funded Nextbit's campaign on Kickstarter, your Robin will soon take flight to come see you. The Nextbit Robin's USP is its cloud-first philosophy. Instead of storing user's pictures, videos and apps on the device or the micro-SD card, the Robin backs up all the data on a 100GB free cloud platform that it has integrated onto the phone.

The phone also comes with 32GB of built-in storage. When it comes to the specifications, Robin sports a 5.2 inch 1080p IPS LCD display, runs on the Qualcomm Snapdragon 808 processor, houses a 13 MP primary camera along with a 5 MP front-facing shooter. The Robin houses a 2680 mAh battery, which the company claims, "is engineered for efficiency to get you through the day." It is difficult to believe that the battery will last users and entire day, especially with the phone constantly backing up data on the cloud, but that is something we will have to wait and watch out for. Additional specs of the Nextbit Robin include- dual front facing speakers, fingerprint sensor, NFC, quick charging support, Bluetooth 4.0, WiFi A/B/G/N/AC. The Robin's unlocked bootloader and open source drivers make it easy to load CyanogenMod or any other ROM you want and Robin will still be under warranty.

Nextbit was started by former employees of Apple, Google, HTC and Amazon. The startup had put the smartphone up on Kickstarter for financial support. The company had set a goal of $500,000, which is about Rs. 3.26 crores which it raised in about 12 hours. The Nextbit Robin is definitely an interesting phone and those who purchase the phone will most probably never have to worry about storage issues ever again. Not to mention the fact that it looks unlike any other phone in the market right now. The only problem Indian users can face is that because of poor network connectivity, it may be difficult to download content from the cloud all the time.

The Robin is priced at $399 and shipping it to India will cost $70. So, for a total of $469, which is about Rs. 31,366 by direct conversion, the Nexbit Robin can be pre-ordered from its website. The phone will be available in Mint and Midnight colour variants.