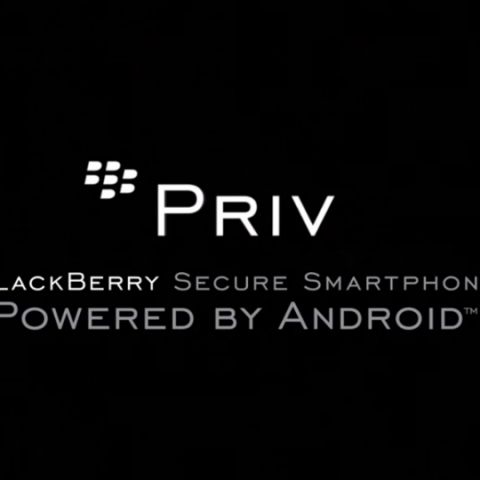 BlackBerry is yet to announced the release date for its first Android-powered smartphone, the BB Priv, but it is just around the corner. In the meantime, the company has been busy making feature overview videos for it. The latest video from BlackBerry showcases how the Priv is one of the best Android phones, when security or privacy is concerned. BlackBerry insists that the phone can provide “legendary security”.

The features overview video posted by BlackBerry on YouTube also showcases main features of the phone, such as the slider keyboard. The BlackBerry Hub is still part of the ecosystem, and is now integrated into Android. The Hub app integrates all your mail, text, Email, BBM messages, phone calls, social media notifications, calendar invitations and more in a single portal. Pop-up widgets built into the app, such as the new Calendar app by BlackBerry, will show you the next five tasks or appointments, without launching the app. BlackBerry has also explained the phone's hardware, and showcases the 5.4-inch dual-curved display with 540ppi pixel density. That means that the phone's display has a 2560x1440p resolution. To power this big screen, the phone comes with a “colossal” 3450 mAh battery. It should be mentioned here that the phone has an AMOLED display panel, which should help in attaining better battery life. The physical keyboard, which has been a prominent feature of BlackBerry, has been given a new feature as well. BlackBerry is calling it “SmartSlide”, and it lets you scroll through the contents on the display by just swiping on the keypad, just like a laptop's touchpad. BlackBerry also claims that its virtual keyboard is also the "best in class".

BlackBerry is also introducing a new security app with the Priv, called DTEK. This new app, once installed, goes over all your apps and assigns them an overall rating ranging between Excellent, Fair and Poor. The app also tracks whether any app takes pictures, turns on the microphone, sends messages, or accesses location and contacts, without having permission granted by the user. Once it detects any harmful app or any undisclosed actions taken by the app, it will alert the user. The app also has features like secure screen lock, and factory reset protection.

Talking about the hardware, the BlackBerry Priv is supposed to be powered by a Qualcomm Snapdragon 808 SoC, along with 3GB of RAM and 32GB of storage. While BlackBerry itself hasn't officially revealed the specifications sheet, the phone has been rumoured, leaked and even listed lately. The 18MP rear camera is also one of the main features of the phone, and BlackBerry does showcase it in the overview video. The 18MP camera uses Schneider-Kreuznach optics, and features OIS (Optical Image Stabilization). With it, BlackBerry Priv will be able to shoot 4K videos at 30fps.

If you are interested in the new BlackBerry Priv smartphone, you can try out almost all BlackBerry apps such as BlackBerry Hub or DTEK, as they are all available on the Google Play Store. The phone is also expected to come to India soon, with a few units of the phone already in India, earlier this month, for testing purposes. This is possibly a sign of intent by BlackBerry to bring the Priv to India. Expected price of the Blackberry Priv is around Rs. 50,000.