NTU researchers develop batteries that could charge your smartphone in two minutes and last 20 years. 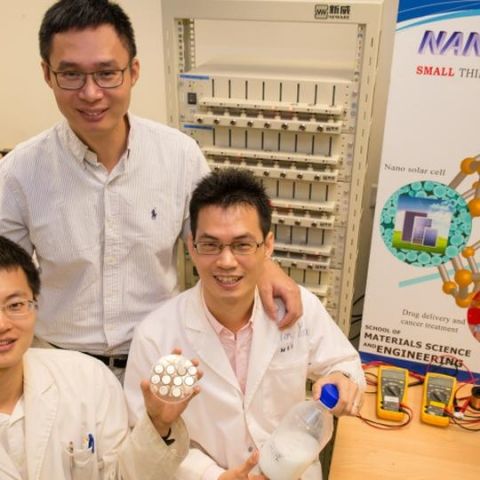 Researchers have developed new lithium ion batteries that can quickly recharge your smartphone to 70% full in just two minutes and can last for 20 years before requiring a replacement. The new cells could be ready to hit the commercial markets by 2016.

Researchers at Nanyang Technology University have developed these batteries by speeding up the chemical reactions inside the cell. The new batteries use a titanium dioxide nanotubes anode that allows the battery to offer 10,000 charging cycles compared with the usual 500. The smaller titanium tubes are also cheaper and easy to make. Converting the titanium dioxide from its spherical shape into the thin nanotubes (a thousand times thinner than the diameter of a human hair) is what allows the chemical reactions to run faster.

NTU states that the batteries could have a “wide-ranging impact” on all industries, especially electric vehicles, where consumers are put off by long recharge times and limited battery life. The technology is expected to be launched in the next two years. Read: uBeam wireless charger powers smartphones from across the room

Associate Professor Chen Xiaodong from NTU’s School of Materials Science and Engineering stated, “Electric cars will be able to increase their range dramatically, with just five minutes of charging, which is on par with the time needed to pump petrol for current cars.” The NTU researchers’ work was published in the latest issue of Advanced Materials.

Researchers at Purdue University have developed a new class of electrically-conductive plastics that may lead to low cost, transparent solar cells and flexible, lightweight batteries. The research has revealed that a polymer, called PTMA is about 10 times more electrically conductive than common semi-conducting polymers. Read: Researchers develop battery for wearable devices that could last 10 years