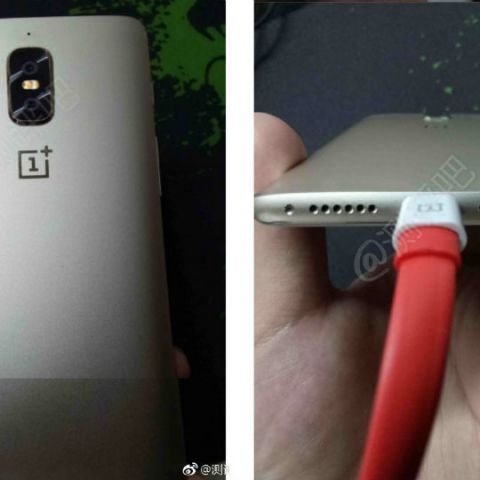 A new set of photos purported to be of the OnePlus 5 were leaked on Weibo, showing the lack of a 3.5mm headphone jack on the upcoming device. According to the images, the antenna lines on the phone are also missing, and have possibly been cleverly concealed. There also appears to be a slight change in the camera setup from an earlier leak, and the new image shows the LED flash placed between the two rear cameras, instead of below the two cameras.

Removal of the headphone jack may be a bit unusual from OnePlus, especially after this poll conducted by Carl Pei himself. The company has typically delivered products that have been appreciated for functionality and value, and removing the 3.5mm jack may be a premature decision from OnePlus as most users still use the TRS jack and haven't switched to wireless audio.

The image shows dual speaker grilles at the bottom, which could mean that the phone may get stereo speakers. Previous rumours suggest that upcoming smartphone will be powered by a Qualcomm Snapdragon 835 SoC, 8GB RAM and up to 256GB native storage. OnePlus may finally offer a 2K resolution display, for the first time, with the OnePlus 5. The phone may house a 3600mAh battery and two 12MP cameras at the back, with an 8MP front facing camera.