The smartphone has been teased to feature more than 95 percent screen to body ratio and is seen without the bottom bezel. It also seems not to come with a notch on top of the display.

Lenovo is gearing up for the launch its flagship Z5 smartphone and the company’s Vice President, Chang Cheng has teased the device again in a picture on Weibo. Cheng previously posted an image revealing the upper-left section of the phone's display and it showed a near bezel-less display without a notch. Now, the executive has posted another image revealing the bottom-left corner of the device's display. The smartphone is expected to launch on June 14 in China. Cheng had also previously posted a sketch of the smartphone, hinting that its display could near 100 percent Screen to Body ratio without a notch, which nearly all smartphone manufacturers are gunning for.

The Essential Phone was one of the first smartphones to feature a notch, and the launch of the iPhone X increased its popularity. On the iPhone X, the notch houses the sensors and other hardware required for Face ID to work and it will be interesting to see where Lenovo relocates the front-facing camera, ambient light sensor and the earpiece if there is no notch. Alongside the sketch, Cheng also said that in order to accomplish this, the company has used four new technologies on the device, which are yet to be unveiled. 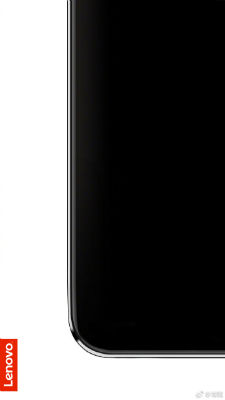 With the Vivo Apex concept smartphone, Vivo has already done what Lenovo is aiming for. The front-facing camera on the Apex pops-up from the top edge of the smartphone and the front-facing fingerprint scanner has been replaced with an in-display fingerprint scanner, thus expanding the screen real estate. Removal of the earpiece has already been done by the origial Xiaomi Mi Mix (review), that used a “cantilever piezoelectric ceramic acoustic technology”, which vibrates the internal metal frame of the device for producing sound.

As mentioned earlier, Lenovo previously showcased an edge of the Z5’s display. There also, a bezel or some sort of protective layer is seen between the metallic frame and the display. It’s been some time since the company released any flagship smartphone for some time now. Rumours of the Lenovo Zuk Z3 Max surfaced in June last year, but there haven’t been any follow-up reports on it since then and Lenovo seems to be more focused on its other offerings, such as laptops. 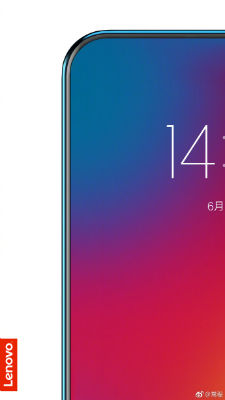 Last month, Lenovo launched its 8th-gen Intel Core processor powered ThinkPad X1 (review), alongside the T, X and L series of notebooks. The new ThinkPad lineup retains the same build and design as its predecessor, but brings HDR screens for the premium variants, along with enhanced security, USB-C power adapters and additional Thunderbolt ports. The company also recently launched the HX03F Spectra, Cardio HX03 wearables and the HS11 Body Fat Scale in India. The HX03F Spectra sports a colour display with a resolution of 180 x 80 pixels and connects to a smartphone using Bluetooth 4.2. It comes with IP68 water resistance as well. The Lenovo Cardio HX03 is akin to the HX03 Spectra, but it features a monochrome display. It too is IP68 certified. The Lenovo Body Fat Scale HS11 has been launched as a direct competitor to the Xiaomi Mi Body Composition Scale. The HS11 is can take measurements of 13 health indicators and users can keep track of 30 profiles.