Two new BlackBerry smartphones spotted on Geekbench, may be Key2 and Key2 Lite 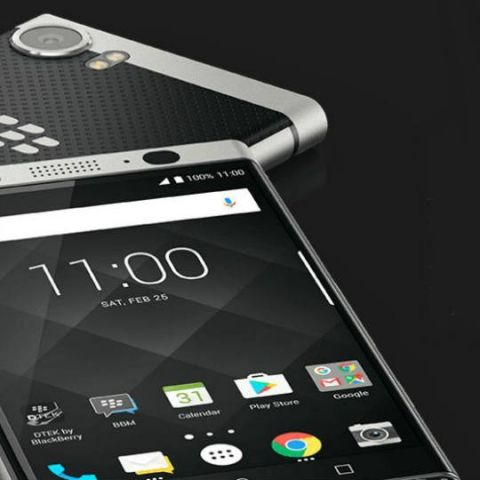 Two unannounced BlackBerry models were recently spotted on Geekbench, and speculation suggets that it might be the upcoming Key2 Lite and Key2 smartphones. The first listing, codenamed BBG100-1,  suggests that the device may be powered by a Qualcomm Snapdragon 625 SoC, run Android 8.1 Oreo, and offer 4GB RAM. The second listing, codenamed BBE100-2, tips the device to be powered by a Qualcomm Snapdragon 660 SoC, run Android 8.1 Oreo, and come with two RAM options: 4GB and 6GB. But apart from these minor specifications, the listings revealed no other information about the new BlackBerry models. Judging by the specifications, BBE100-2 may be the BlackBerry Key2, while the BBG100-1 might be the Key2 Lite. The BlackBerry Key2 Lite will most probably be a more affordable version of the Key2 smartphone. Last month, BlackBerry licensee, Optiemus told Digit that the company was planning to launch two new phones this quarter, and it is possible that the company was talking about these two devices.

Renders of the Key2 were recently spotted on the Chinese certification website, TENAA with a codename ‘Athena’ for the device, but no other information is known about the Key2 just yet. Judging by the render, the Key2 will most likely carry on the signature BlackBerry design by sporting a physical QWERTY keyboard below the screen. The BlackBerry Key2 Lite may sport the same overall design, but with lower end hardware.

This discovery comes one week after BlackBerry Mobile was seen tweeting a teaser image of their upcoming model, the Key2. The teaser revealed that the company would unveil the new smartphone on the morning of 7th June in New York. The BlackBerry Key2 will be the successor to the outgoing KEYone, which was launched about a year ago. The KEYone marked the return of the signature BlackBerry design of having a physical QWERTY keyboard below the screen since the transfer of the BlackBerry brand licence to TCL Corporation. You can read our review of the BlackBerry KEYone here.