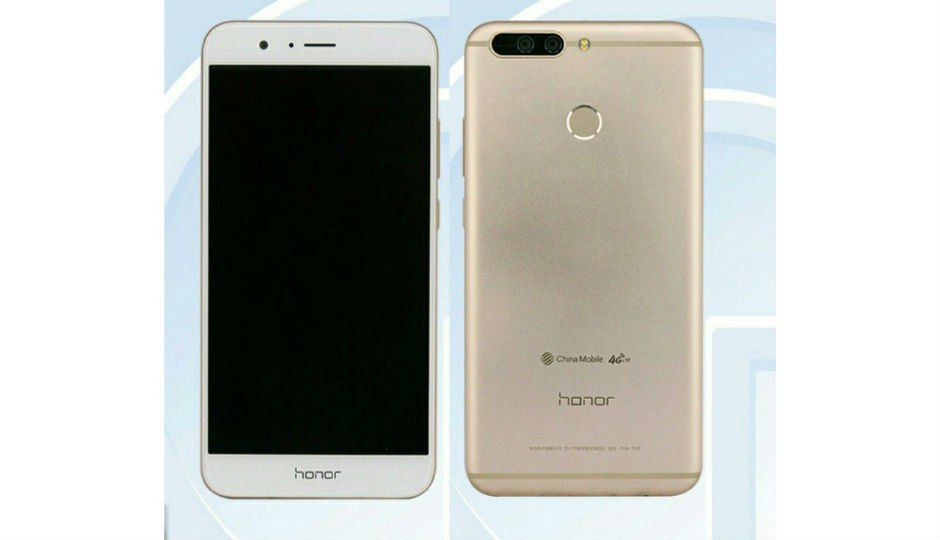 Huawei has really taken to the dual-camera setup in smartphones, and its next device to flaunt this is now expected to launch on February 21, just before MWC 2017. The company may launch the Honor V9 exclusively with China Mobile, and now, a new leak suggests that the same smartphone will be launched outside China as Honor 8 Pro. This will make it a follow-up to the fairly impressive Honor 8, just like Honor's parent brand, Huawei, gears up to launch the P10, yet another dual-camera phone.

The smartphone is expected to be announced alongside the Huawei P10 and P10 Plus on February 26. The Honor V9 reportedly features a 5.7-inch Quad HD display and the company's top-end Kirin 960 CPU. The smartphone will be offered in either 4GB RAM, 64GB storage or 6GB RAM, 128GB storage options.

The TENAA certification confirms that the Honor V9 will house a 3900mAh battery and a rear-mounted fingerprint sensor. The smartphone will sport a combination of 12MP + 2MP rear camera setup, while the front camera will be a single 8MP sensor.

Huawei and its e-brand Honor have been pushing the dual rear camera on its smartphones for quite some time now. The company recently announced the Honor 6X as its cheapest smartphone with dual rear cameras. The Honor 8 Pro is tipped to go on sale in March 2017. There is no word on its pricing yet, but it should become clearer once the handset becomes available in China.