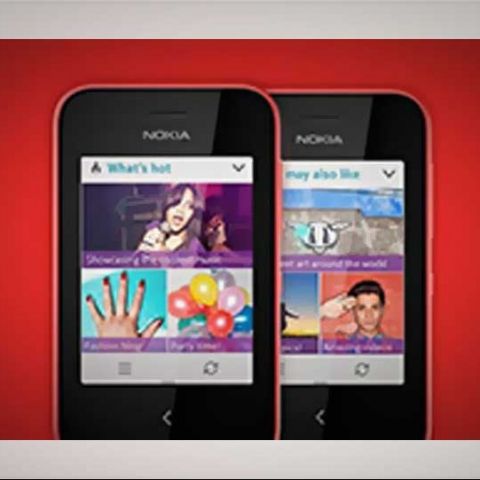 First up is the Nokia Asha 230, which debuts with a new version of the Asha software platform v1.4. The new update brings a slew of new and improved features such as voice-guided “selfies” that lets you line up a shot. Also, 7GB of OneDrive storage from Microsoft. The update also brings Nokia Mix Radio.

Nokia has also preloaded Facebook, Twitter, LINE, WhatsApp, and WeChat - with push notification support - and online HERE Maps is available, while ten games can be downloaded free of charge from the Nokia Store. You can check out full specifications of the Asha 230 here.

Building on the success of Nokia 110, the company announced the 220, which the company touts as the “most affordable data phone to date”.

The Nokia 220 house a 2.4-inch colour screen, Alphanumeric keypad, a 2-megapixel camera and up to 32GB microSD card support. Connectivity options include 2G, Bluetooth 3.0 and USB.