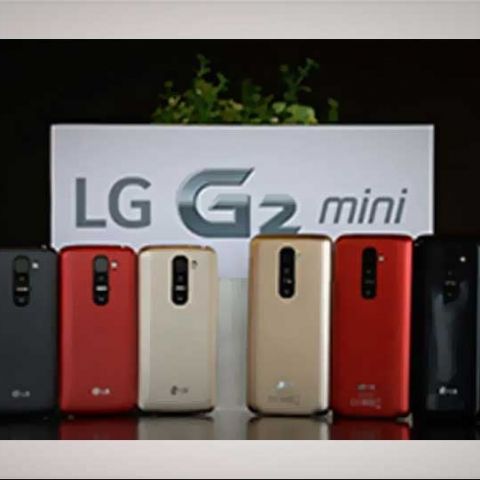 LG has officially unveiled its G Pro 2 and G 2 mini smartphones at the MWC 2014 event in Barcelona, Spain. The G Pro 2 is the follow up to the G Pro smartphone, which was launched last year, while the G 2 Mini is the mini variant of the flagship G2 smartphone.

The LG G Pro 2, recently launched in Korea, has a 5.9-inch full HD IPS display. It runs Android 4.4 KitKat and is powered by a a 2.26 GHz quad-core Qualcomm Snapdragon 800 processor along with 3GB DDR3 RAM.

The smartphone will be available in 16GB and 32GB storage variants, and supports expandable storage via microSD. For connectivity, the G Pro 2 supports Bluetooth BT 4.0, USB, Wi-Fi 802.11 a/b/g/n/ac, NFC and SlimPort. It comes with a 3,200 mAh battery.

The recently announced LG G2 mini is the smaller version of the current flagship. It features a 4.7-inch display with 960 x 540 qHD resolution. The LG G2 mini runs Android 4.4 KitKat along with LG's custom UI, which brings a slew of features such as Guest Mode, Plug & Pop, Clip Tray and Capture Plus.