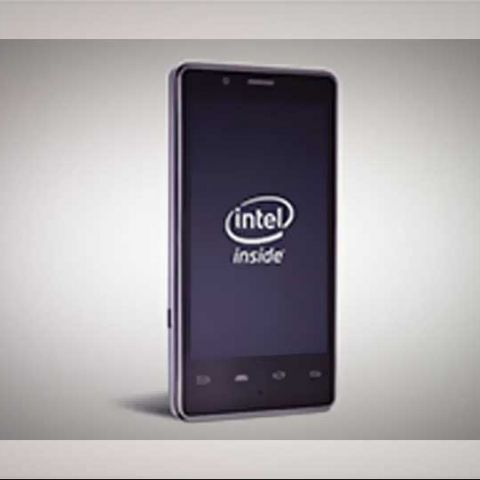 Intel has announced its new Atom processors, aimed for use in smartphones and tablets, at MWC in Barcelona.

The company launched the Intel Atom Z3480 processor codenamed "Merrifield" which is clocked at 2.13GHz. It is a 64-bit ready SoC and Intel claims that the chip delivers best-in-class compute performance for the mainstream and performance segments. It is based on Intel's 22nm Silvermont microarchitecture and features a PowerVR Series 6 Graphics IP core. It is also the company's first SoC to feature the new Intel Integrated Sensor Solution (which Intel claims, efficiently manages sensor data to keep applications smart and contextually aware even when the device is in a low-power state).

Intel also disclosed new details on its next-generation 64-bit Intel Atom processor, the Intel XMM 7260 code named "Moorefield." The 7260 will feature the same Merrifield feature set but adds two additional Intel architecture (IA) cores for up to 2.3GHz of compute performance, an enhanced GPU and support for faster memory. The 7260 is optimized for Intel's 2014 LTE platform. It is also certified to run on 70 percent of LTE networks globally and provides speeds of up to 300Mbps downlink and 50Mbps uplink.

The leader in PC SoCs seems quite serious about mobile as it has announced plans to work together with companies like Lenovo, ASUS, Dell and Foxconn. Intel and Lenovo are planning to announce new Intel-based mobile devices this year. ASUS has also announced that it will bring a full portfolio of Intel-based smartphones and tablets to market this year. At MWC, ASUS unveiled the ASUS Fonepad 7 LTE which features an Intel Atom processor.

Similarly, Dell also plans to introduce a new lineup of Intel-based products that span across Android and Windows operating systems.

Intel is also planning to provide processors for a wide range of Foxconn products, beginning with tablets this year.