Successful launches from Xiaomi, Asus and Lenovo seems to have pushed Motorola to opt for a price cut. 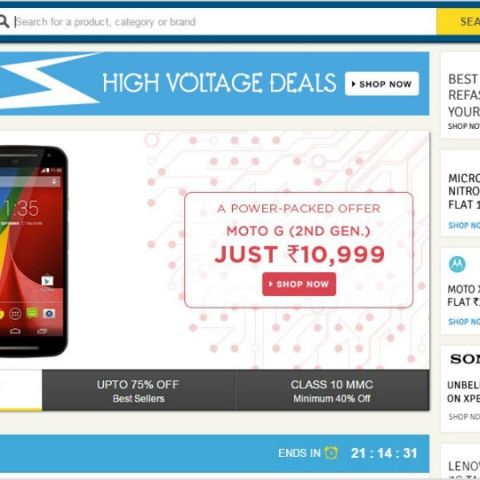 The new versions of the Moto G and Moto X were launched in 2014, followed by the Moto Turbo, which was brought to India recently. While the Moto X was always a good phone for the price Motorola was asking, it’s an even better deal for the discounted price. On the other hand, the company’s best selling Moto G, has been outclassed by competitors over time. Devices like the Asus Zenfone 2 and Xiaomi Mi4i outclass the Moto G by miles in terms of the camera and performance.

While the Moto G (2nd Gen) did have the edge in the fact that it runs on Lollipop, now both the Xiaomi Mi4i and Asus Zenfone 2 also boast the same OS.

Motorola seems to have lost its way recently, with companies like Xiaomi and Asus doing well in the country. The recently launched Moto E (2nd Gen) came under a lot of scrutiny for being underpowered as compared to the likes of the Xiaomi Redmi 2 and Lenovo A6000. Motorola will have to come up with a good device soon in order to continue its successful run in India.