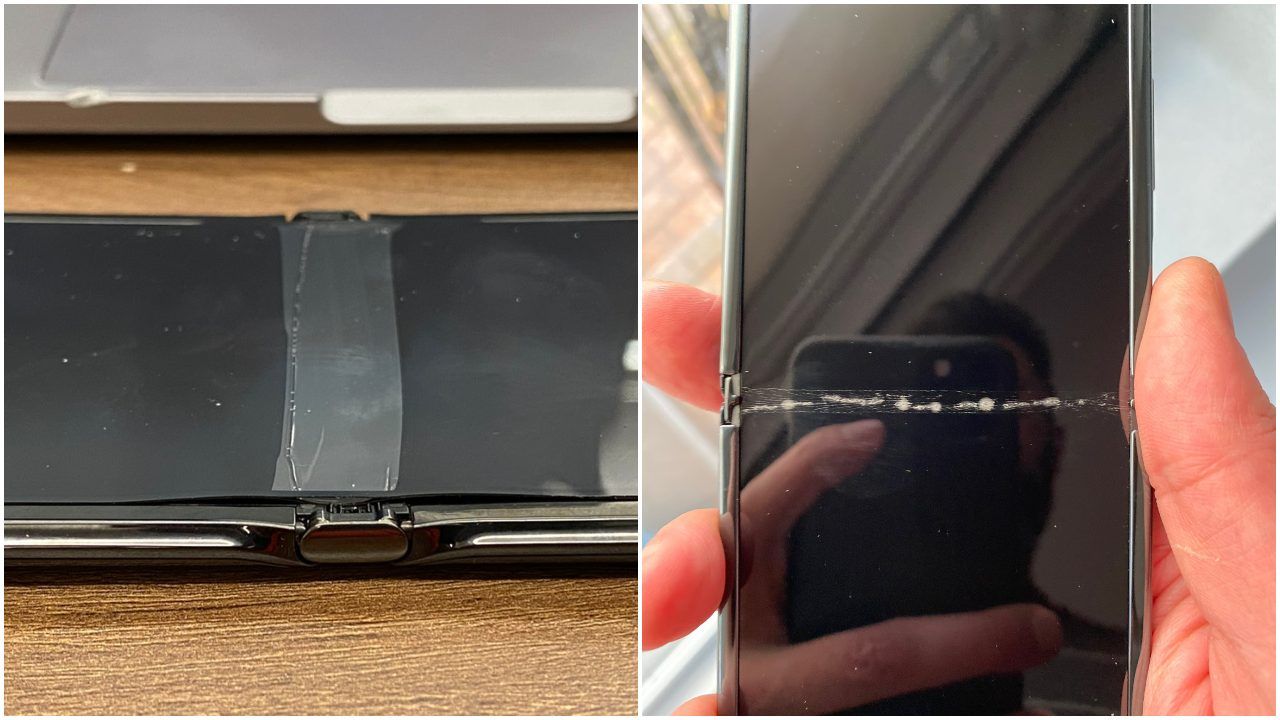 Update: Motorola reached out to Digit after this article was published and issued a statement. The company's statement reads, " We have full confidence in razr’s display, and do not expect consumers to experience display peeling as a result of normal use. If consumers experience this issue, and the device has not endured customer abuse or misuse, it will be covered by our warranty. For more warranty information, please visit: www.motorola.com/device-legal.”

Last year, foldable phones started hitting the market and we saw numerous problems associated with the new technology. The Samsung Galaxy Fold was recalled just before it hit the shelves since multiple reviewers reported that their units’ folding display was malfunctioning. This year, we saw a new wave of foldable phones being introduced in the market with the Motorola Razr and the new Samsung Galaxy Z Flip. Since smartphone companies had more time to refine the novel technology, we assumed that the next generation of foldable devices would be durable, and, maybe, affordable. However, this doesn’t seem to be the case since the latest foldable phones are still falling behind, in terms of durability.

The new foldable phones around the block are the Motorola Razr and the Samsung Galaxy Z Flip. Both handsets feature a clamshell-type folding design, which means one can flip them shut from the top and open em again to get a larger, slightly taller than regular display. Previously, Samsung’s first foldable phone had an issue with the folding display’s hinge, where dust or dirt could waltz right in and start creating problems for the folding mechanism and the display. The new Galaxy Z Flip also seems to be facing some issues and not with the hinge this time but with the folding glass display.

JerryRigEverything's Zack Nelson recently conducted a durability test on the Samsung Galaxy Z Flip. While Nelson branded the device as Samsung’s most durable folding phone yet, he also pointed out that the display seems to be made up of plastic and not glass. Samsung aggressively marketed a glass display on the Z Flip but it doesn’t really look like glass since Nelson managed to scratch it at Mohs level 2 with deeper scratches at Mohs level 3, which is what’s expected from a plastic display.

Samsung responded to The Verge with a statement on the durability video. It reads, “Samsung’s first-of-its-kind UTG technology is different from other Galaxy flagship devices. While the display does bend, it should be handled with care. Also, Galaxy Z Flip has a protective layer on top of the UTG similar to Galaxy Fold.” While the company says it has a protective layer on top of the Ultra Thin Glass or UTG, we can’t really be sure since the way pixels die when Nelson uses a Mohs pick does not hint at a glass display.

In a separate incident, an early buyer of the Galaxy Z Flip claimed that the folding display of his phone cracked with the first flip. It’s not clear whether the handset was folded inwards or flipped out, but Samsung seems to have reached out to the user and issued a replacement in one day. Going by the image posted on Twitter by the user, it seems like the display is made of glass, but once again, we can’t really be sure till we get our hands on the device and test it ourselves.

Received my Samsung Galaxy Z Flip just now. Opened the box. Removed the protective/instruction film. Flipped the phone as you would do since it’s a flip phone and this happened. I heard the crack as well.  cold weather?#SamsungGalaxy #ZFlip #samsung pic.twitter.com/j8KLL2vm8d

The Motorola Razr is already getting not so great reviews by reviewers overseas. However, this is the first instance where the phone’s display is reported to be peeling off. As per an article by Input’s Raymond Wong, the folding display on the Motorola Razr that they have been using for almost a week is now peeling off right at the point where the display folds. As per Wong, a “giant horizontal air bubble” has popped up out of nowhere and because of it, the top lamination and the display panel are being separated.

As per Wong, “Sometime during my 45-minute train ride from Queens to Manhattan that left at 3:08 p.m. ET, the Razr's display peeled apart at the fold. I have no idea how it happened, but I can promise you it wasn't from impact; the phone was closed in my front jeans pocket the entire ride and there's no visible damage anywhere on the device. (And no, my jeans aren't super tight.)” Apparently, the more this Motorola Razr is being folded, the wider this air gap gets. There’s also no scratch on the display either or any type of physical damage, the report claims. 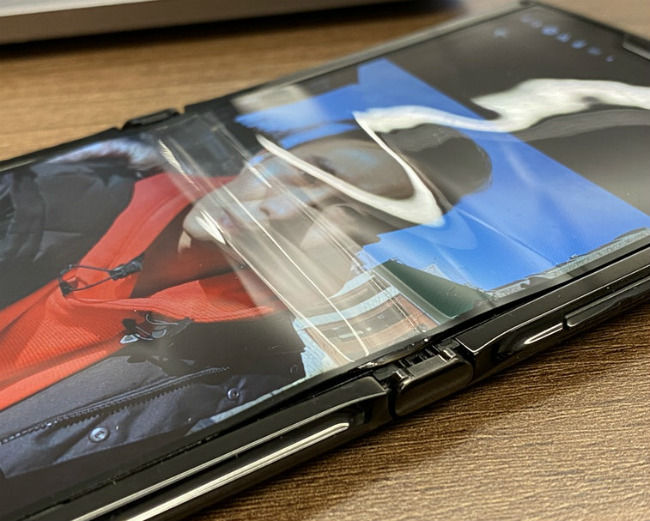 It seems like the screen started peeling on its own, but there’s no proof of that right now. Additionally, the layers separating due to the air bubble is said to have broken the touch-screen around the problematic area. The screen is said to be less responsive ever since the air gap formed around the hinge.

Wong speculates that the damage might’ve happened due to a change in temperature. He used the phone in temperatures nearing 30 degrees Fahrenheit (-1 degree Celsius) and then took it back to his warm apartment, before taking it out again with him into the cold weather. While this may be the cause, it is still not something we expect from a super expensive foldable phone. However, nothing is confirmed until the company issues an official statement on the subject.

After coming across the recent two incidences of folding phones breaking, it seems like folding phones for everyday use might still be some years away. Noting that the Motorola Razr costs $1,500 (Rs 1.07 lakh approx) and the Galaxy Z Flip is priced at $1,380 (Rs 98,500 approx), such incidences won’t inspire consumers to invest in such expensive devices, which seem very well a novelty right now. However, since these are two isolated incidences, we can’t really be sure about the phone’s durability and will keep an eye out for more news on this front.