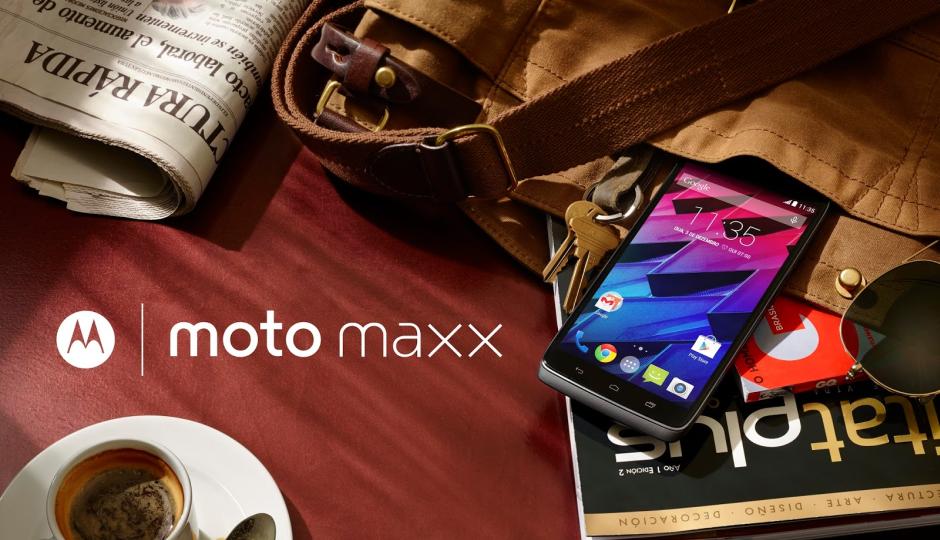 Motorola has officially introduced the Moto Maxx smartphone. Announced for the Latin America and Mexico markets, the new Moto Maxx seems to be a rebranded version of Verizon's Motorola Droid Turbo as the phone offers similar set of specifications.

The Motorola Moto Maxx has a 5.2-inch Quad HD display with Gorilla Glass 3 protection. Motorola reveals the phone is designed with premium ballistic nylon, and underneath features a layer of DuPont Kevlar fiber, which it says is five times stronger than steel. Moto Maxx is protected inside and out with water-repellent nano-coating.

The phone is powered by a 2.7GHz quad-core Qualcomm Snapdragon 805 processor along with 3GB of RAM. It has 64GB of built-in storage. The Maxx has 21MP rear camera that is capable of shooting 4K videos and 2MP front snapper.

The Moto Maxx is powered by a 3900 mAh battery, which is rated to deliver up to 48 hours of battery life. “With Moto Maxx, you can go up to two days without limits thanks to the long-lasting, fast-charging 3900 mAh battery — the largest battery of any smartphone. When it’s time to charge, get a quick burst of battery life when you need it most. The Motorola Turbo Charger included in box provides up to eight hours of power in just 15 quick minutes of charging,” says Motorola in a blog post.

On availability and pricing, Motorola says the Moto Maxx is available on motorola.com in Brazil and will be coming mid-November in Mexico. Moto Maxx will come to additional Latin American countries soon. The Moto Maxx is priced at 2199 Brazilian reals, which is approximately USD 879. However, we expect the phone to be priced much lesser in other markets. There's no word on availability of the phone in India.

What do you think about Motorola's new Moto Maxx? Let us know your views in the comments section below: