The Moto G, follow up to the Motorola Moto X, is available in India via Shopyourworld.com. The smartphone features quad-core 1.2GHz Qualcomm Snapdragon 400 processor, 1GB of RAM and is upgradable to Android 4.4 KitKat OS. 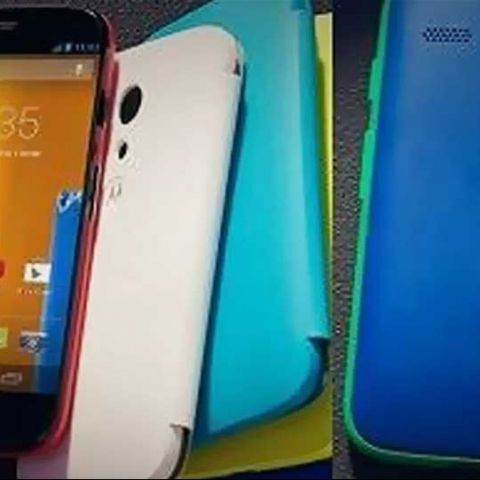 Motorola's much-hyped budget Android smartphone, Moto G, is up for grabs in India via e-commerce website Shopyourworld.com for Rs. 15,137. The e-commerce site promises to deliver the smartphone (GSM version) within 10 - 14 business days. Motorola is yet to officially launch the smartphone in India.

Motorola, now owned by Google, had created a lot of buzz last month with the new Moto G smartphone. The Motorola Moto G has a 4.5-inch 720p display, runs Android 4.3 Jelly Bean OS (upgradable to Android 4.4 KitKat), and is powered by a quad-core 1.2GHz Qualcomm Snapdragon 400 processor, Adreno 305 GPU along with 1GB RAM.

The smartphone comes with 8GB of built-in storage. There's a 16GB version as well (Shopyourworld.com is offering the 16GB variant at Rs. 17,089. Scroll down the article for more information). Motorola is also offering an additional 50GB of Google Drive storage free for two years. The Moto G sports a 5MP camera with LED flash and 1.3MP front camera.

Update: Shopyourworld.com is offering the 16GB version of the Moto G for Rs. 17,089 - which is a much better deal than the 8GB version.