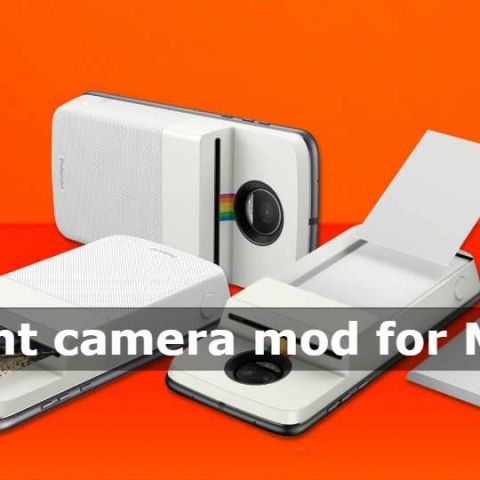 Motorola has added another mod to its Moto Z smartphone lineup with the launch of an Instant Printer Mod from Polaroid. With the Polaroid Insta-Share Printer, Moto will be able to take printouts of any picture they click instantly.

The Polaroid Insta-Share Printer also brings options to customise your photos with filters, borders and text. The photos can be printed on Polaroid Premium ZINK Zero-Ink Paper that has a 2x3" layout. Further, the printed photos have an adhesive, which can be uised to stick the photos on any surface. Motorola has not yet shared specifc details, such as price, but has confirmed that the mod will be available on Verizon this week and will be available globally over the coming months.

Motorola is the only major smartphone maker to have seen some amount of success with modular smartphones. The launch of the Polaroid Insta-Share Printer Moto Mod comes on the heels of Moto Smart Speaker Mod with Alexa integration, Moto GamePad Mod and Moto 360 mod. The company also sells a speaker mod from JBL and a battery mod as well.