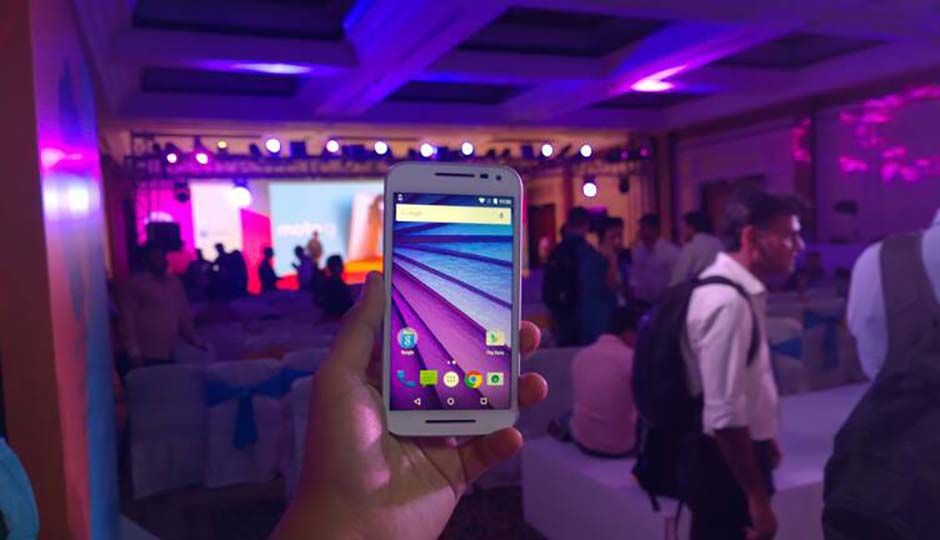 Motorola was expected to launch the 3rd generation smartphone today, after sending invites about a week ago. The 3rd generation Moto X, which has also been rumoured and leaked quite often lately, was also touted for a launch, but it was not unveiled today. The 3rd generation Moto G, with a 5” HD display, will primarily rival the Rs. 12,999-priced Asus Zenfone 2 (2GB RAM, 16GB storage), Xiaomi Mi 4i 16GB, and the lower-priced Lenovo K3 Note and Yu Yureka Plus. Moto G will be sold exclusively via Flipkart, and will be available online from tonight, 12am onwards.

Here's what Motorola has enlisted in the Press Release about what's new in the 3rd generation Moto G:

Advanced water resistance
Water is your phone’s worst enemy. IPX7-rated protection keeps your Moto G (3rd Gen) safe from splashes and accidental drops in water. Designed to withstand immersion in up to 3 feet of fresh water for up to 30 minutes, provided the back cover is properly sealed. Not designed to work while submerged underwater. Do not use while swimming, or subject it to pressurised streams of water.

Stronger battery
Go all day without plugging in thanks to a long-lasting 2470 mAh battery. Think about everything you want to do, not how much time you have to do it*

Android™ OS, Lollipop
The Moto G is powered by Android™ 5.1, Lollipop, the latest released version of the world’s most popular mobile OS and delivers a pure Android experience. That means we don’t hide the operating system under custom skins that get in the way and take up valuable resources. It also means your Moto G (3rd Gen) is a beautiful, intuitive, and fast performing device. The phone doesn't slow down or eat up your storage space as the device brings a pure Android experience.

5 MP front camera: You’ll look great whether you’re taking a selfie or chatting on a video call. The front camera offers a wide 72 degree field of view, and features Motorola’s “Best Shot” feature which captures multiple shots before and after you touch the screen, recognising issues like blurred subjects or blinking eyes and recommends the best picture to keep, so you always get the best shot. In darker conditions, the phone’s display will even flash to add a little extra light to your shot. 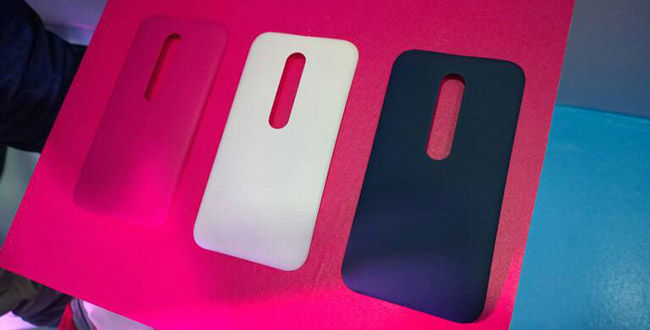 Quick Capture
Instantly launch the camera by twisting your wrist twice. Twist twice again and switch to the front camera.

Chop twice for flashlight
Flick your wrist twice quickly to launch the flashlight and repeat to turn it off. No need to unlock your phone or take off your gloves to get the light that you need.

Moto Display
Moto Display gives you a simple, discrete preview of notifications and updates, so you don’t have to wake your phone to see what’s going on.

Updated design
The back of the Moto G (3rd Gen) now features an updated design with a new metallic accent around the camera and a new texture for additional grip, plus the same great curved design for easy one-handed use.

5-inch HD display
Bring videos, pictures, and everything else to life on this brilliant, scratch-resistant HD display that spans edge to edge. With 294 pixels per inch, it’s incredibly sharp, so text and images always appear crisp and clear. And it’s protected with Corning Gorilla Glass 3, an extra-evolved glass that’s designed to be tough and take scratches and scrapes.