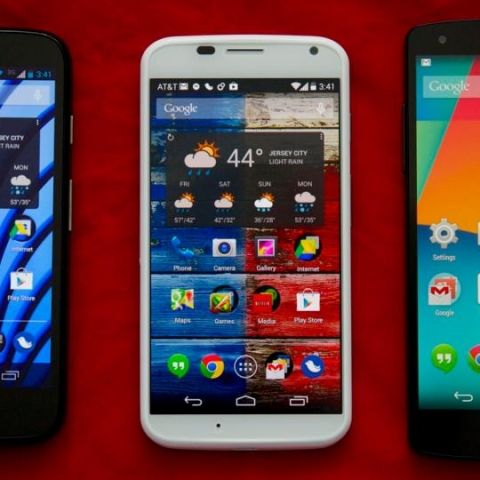 Motorola will be rolling out Android 4.4.3 update for its Moto X, Moto G and Moto E this week.

Motorola has posted on its official blog, that the company will begin rolling out Android 4.4.3 KitKat to its Moto X, G, and E smartphones. The update will bring an improved dialer with a new interface and more to Motorola users.

The Android 4.4.3 update will bring new colors to enhance consistency and usability as well as framework, stability, bug fixes in addition to accuracy improvements to the power profile according to Motorola.

The update would also improved camera image quality for the Moto X, better images in low light, consistent exposure and flash colouring. The update also brings pause option for video recording and Motorola Alert app for Moto X and Moto G. Moto E users will be receive an updated phone dialer with a new graphical layout and colors to get better consistency and usability.

In a blog post, Steve Horowitz, SVP, Software Engineering, Motorola said, "We are excited to announce some icing on top of the, well, KitKat. Starting today [Tuesday], we are rolling out Android 4.4.3, KitKat, which was just released by Google."

Samsung has also announced that it will be rolling out the Android 4.4.3 update to its Galaxy S4 Google Play Edition. The update brings the usual bug fixes and stability and security improvements to the S4 GPE.