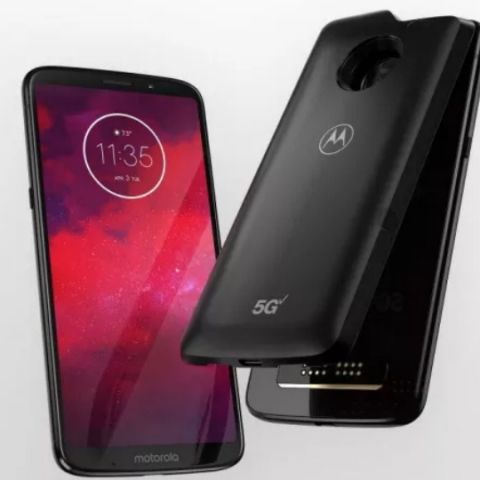 The Mot Z3 is here, but the Moto One Power and the Moto One bearing Android One were nowhere in sight at Motorola’s launch event held in the wee hours of the morning today. Motorola’s take at a flagship device comes bearing a dated chipset. Expectation was that Moto will launch a phone with the Qualcomm Snapdragon 845, but the Moto Z3 comes with a Snapdragon 835 chipset, same as flagships like the Pixel 2, Pixel 2 XL, OnePlus 5, OnePlus 5T and more. What’s unique about the Moto Z3 is that it will become 5G-ready in early 2019 when Motorola releases its 5G mod. The company has confirmed that the mod is coming next year with Qualcomm’s Snapdragon X50 modem which facilitates 5G speeds. In a demo that Qualcomm presented last year, the company was able to establish a 5G connection with greater than gigabit per second download speeds on a reference design 5G device with the Snapdragon X50 modem in it. Before we tell you more on Moto’s 5G plans, let’s take a look at the specifications for the newly launched Moto Z3.

The Moto Z3 comes with a 6-inch Super AMOLED display, Snapdragon 835 chipset clocked at 2.35 GHz, 4GB RAM, 64GB of expandable storage, a 12 MP dual rear camera, and 8 MP front camera. Pretty run of the mill specs if you ask us. There is no notch on the phone as seen on current flagships from other OEMs, instead, the Moto Z3 has top and bottom bezels. The fingerprint sensor of the Z3 lies on the side, just like the Moto Z3 Play. Also, the Moto Z3 does not carry forward the shatterproof design of the Moto Z2 Force, and Motorola has confirmed that there will be no Z3 Force edition this year. “We will not be launching any more Moto Z’s this year,” the company said on its official US Twitter account.

On the software front, the Moto Z3 comes with Android 8.1 Oreo onboard. The phone supports 4K video recording and houses a USB-C port, with no headphones jack. Worry not, there is an adaptor within the box. The entire package is powered by a 3,000 mAh battery and the device is said to be splash-proof.

Well, since the Moto Z3’s specs are not quite flagship-grade, even though the Snapdragon 835 processor is still amongst the best out there today, the phone is priced lower than most flagship devices available today. The Moto Z3 will cost $480 in the US (roughly Rs 32,954). The device will be available in the US starting August 16. There is no India launch date for the Moto Z3 yet. 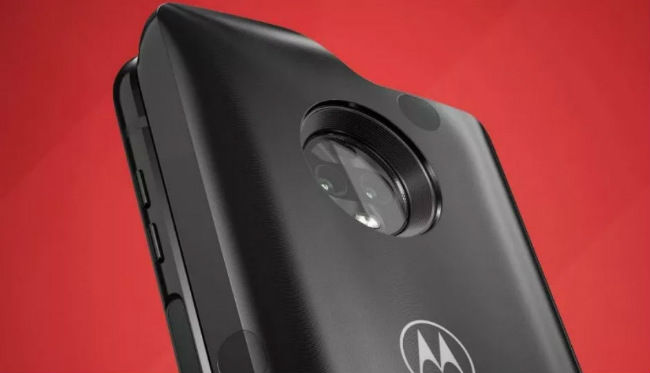 The Moto 5G mod we have been seeing in leaks is very much real and the company has confirmed that it will be releasing the attachment sometime in early 2019. Like all the other Z series phones launched by Moto, the Moto Z3 also features the pogo-pin design which makes it compatible with all the existing Moto Mods. The 5G mod will come bearing Qualcomm’s X50 and X24 modems as we already told you. The mod will also house an additional 2,000 mAh battery which will be needed once the Z3 becomes 5G ready in the future. Keeping with tradition, Motorola said that the 5G mod releasing next year will be compatible with all previous Moto Z series on phones. No price or other availability details were announced for the 5G Moto Mod.