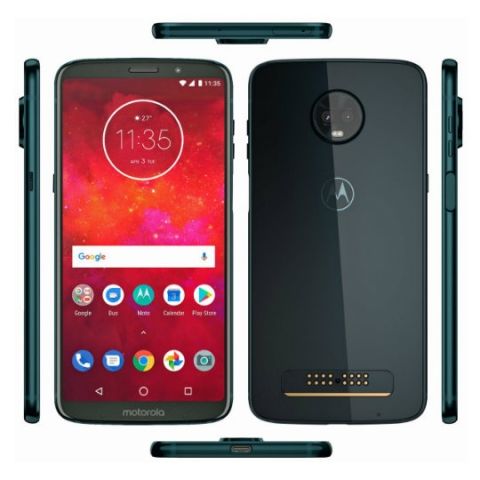 Lenovo-owned Motorola may launch the Moto Z3 Play on later today. The device is tipped to sport a Snapdragon 660 processor, a sleek bezel-less screen, Android 8.0 Oreo and dual cameras. A 3,000mAh battery is expected to power the device.

Last month Geekbench single-core and multi-core benchmarks of the Z3 Play were leaked online and the device scored 1299 in its single-core test and 4851 in the multi-core test.

If information circulating on the internet is to be believed, the Moto Z3 Play sports a 6-inch FullHD+ AMOLED display with an 18:9 screen ratio and 2.5D curved Gorilla Glass on top. The phone is also expected to sport an aluminium body.

The Moto Z3 Play is also expected to house a dual camera module at the back, with a 12-megapixel primary sensor and an 8-megapixel shooter up front. The phone will reportedly offer portrait mode both on the front and back cameras. Other older Moto camera features like cinemagraphs, filters and spot colour (which turns the entire photo into black and white save for the subject) are also expected on the device.

The Moto Z3 Play is going to be compatible with existing Moto Mods and according to the information on the internet, the smartphone will launch alongside a new “5G Moto Mod” which is reported to enable 5G connectivity on the device.

An internal document leak showed that the Z3 Play will be offered in two memory variants — 32GB and 64GB.

There is also going to some change in the way the Moto Z3 Play will be offered to buyers. It will be offered in four bundles — Power, Style, Gamepad and Projection. As the name suggests, the last two will come bundled with gamepad and a projector mod. The Power offering will bundle a Moto Battery Mod while the Style offering will have a style shell.