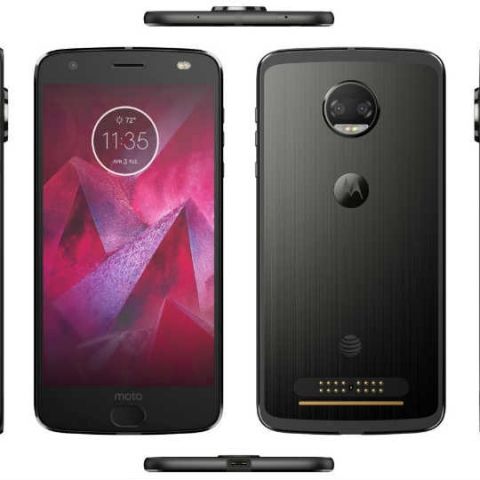 Lenovo-owned Motorola will announce its next flagship smartphone, the Moto Z2 Force at an event in New York on July 25. The smartphone will join the already available Moto Z2 Play as the second member of the Z2 family. While the handset has leaked multiple times in the past, a new report from VentureBeat sheds more light on specifications and availability.

The Moto Z2 Force, like the Z2 Play, will be thinner than its predecessor and offer a comparatively smaller battery. The handset is said to be just 6mm thick and sport a 5.5-inch Shattershield AMOLED display with a resolution of 2560 x 1440 pixels. It will be powered by Qualcomm's Snapdragon 835, an upgrade over Snapdragon 820 found on its predecessor.

On the memory front, the Moto Z2 Force will be offered with 4GB RAM in the US while other markets will get 6GB RAM variant. The Chinese variant will offer 128GB storage while all other markets will get only 64GB storage model. The Moto Z2 Force will also support expandable storage up to 2TB via microSD card slot and pack a 2730mAh battery compared to 3500mAh battery found on its predecessor.

The Moto Z2 Force's biggest upgrade will come in the form of dual rear camera setup. The handset will feature dual 12MP rear camera setup while the 5MP front camera will remain the same as its predecessor. The smartphone is said to offer water repellant nano-coating and run Android 7.1.1 Nougat out of the box. The handset will be offered in super black and fine gold colour variant while T-Mobile is getting lunar grey as an exclusive in the US. The specifications suggest that the smartphone will compete with Samsung's Galaxy S8 series and other Snapdragon 835-powered smartphones like OnePlus 5. However, Moto Z2 Force has an edge in the form of MotoMods which enhance the ability of the phone.