Moto X4, the next smartphone from Lenovo-owned Motorola has leaked once again in the form of renders. The handset has been detailed in the past and new images published by Android Authority reveal the final design and full specifications.

Motorola, like Huawei, is going all out to add a dual camera system to its smartphone lineup. The company has already introduced the Moto G5S Plus and Moto Z2 Force with dual cameras, and the Moto X4 also gets the same setup. The dual camera module here boasts of a 12MP main sensor with dual pixel autofocus, f/2.0 aperture, coupled with an additional 8MP wide angle sensor with f/2.2 aperture and 120-degree field of view. The rear camera offers dual-LED flash and will support functions like depth of field effect. The selfie camera will be of 16MP resolution supporting f/2.0 aperture and 4K video recording at 30fps and 1080p videos at 60fps. 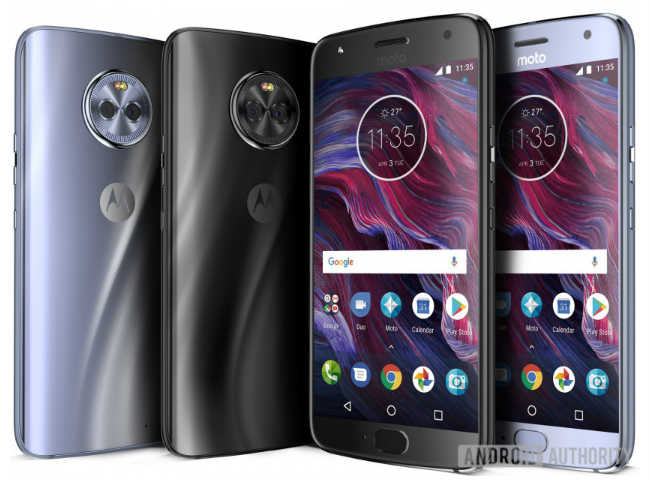 The Moto X4 will feature a metal and glass design, and sport a 5.2-inch full HD display. The handset is said to measure 148.35 x 73.4 x 7.99 mm in dimensions and weigh around 163 grams. The Moto X4 will use Qualcomm’s recently introduced mid-range smartphone SoC, Snapdragon 630, and arrive in a combination of 3GB RAM with 32GB storage, and 4GB RAM with 64GB storage variants. The report notes that Motorola plans to sell a 3GB RAM variant in Europe, North America and Latin America, while Asia Pacific region gets the 4GB RAM model.

The Moto X4 will be backed by a 3000mAh battery and offer support for the company’s proprietary Turbo Charging technology. There is no clarity whether Moto plans to include wireless charging support, but the handset will be IP68 water and dust resistant. The Moto X4 with 3GB RAM has been benchmarked in the past and the handset could be announced in blue and black colour variants on August 24.