Motorola has finally announced the Moto X smartphone. 504 permutations of customization options are available for the smartphone. 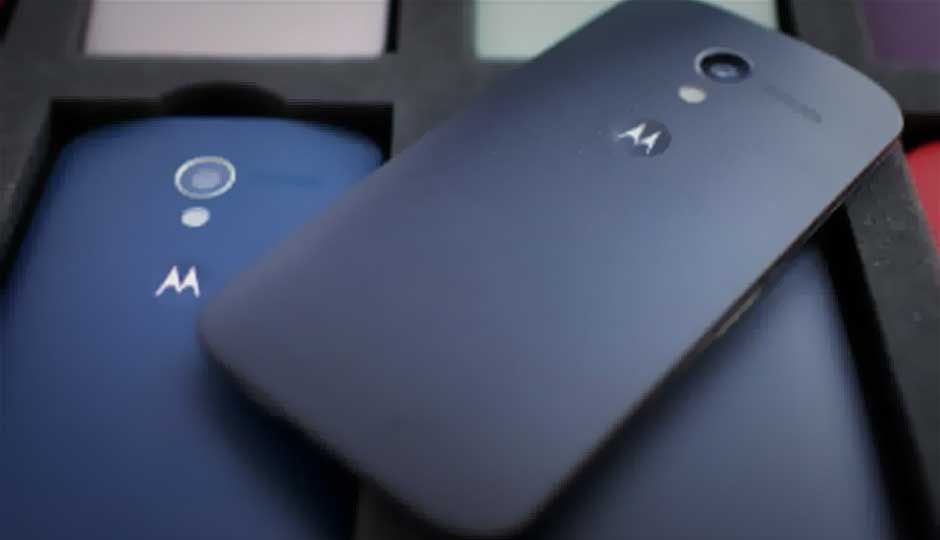 Google has owned Motorola for about 14 months now and the entire tech world has held their breath in anticipation of what the two companies have under wraps waiting to be unveiled.

The cats officially out of the bag and we have with us the Moto X – a smartphone that is quite interesting. To get the specifications out of the way, the Moto X comes in two variants – 16GB and 32GB. Users who pick up the smartphone will get 50GB of Google Drive storage space. That’s in addition to the 15GB every Gmail user gets, bringing the grand total to 65GB. The Moto X runs on Android 4.2.2 Jelly Bean and a 2200mAh battery powers the entire package.

The Moto X has a 4.7-inch 720p HD display in a day and age dominated by 5-inch devices boasting of 1080p displays. The rear of the smartphone houses a 10MP camera and the front has a 2MP video-calling camera. Under the hood, a Qualcomm Snapdragon S4 Pro dual-core processor clocked at 1.7GHz with 2GB of RAM powers the smartphone. We have a compete breakdown of the S4 Pro chipset that is housed in the smartphone for you to check out.

Not that the specifications are out of the way, lets take a look at all the shenanigans the smartphone brings to the table. Motorola is famous for its Droid series of smartphones that are edgy, angular, robust and well built. The Moto X drifts from this tradition and is curvier, very reminiscent of the Galaxy Nexus in its design. 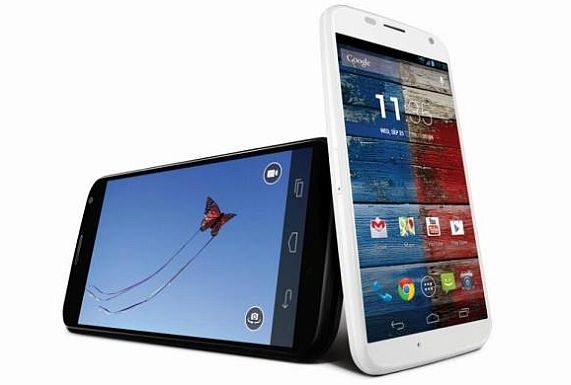 My smartphone: My colours!
So the specifications are impressive and the design is sexy but what’s all this customization that Motorola has been hinting at? Well, to start with, you will be able to choose the colour of your smartphone. You can choose between 18 colours for the back, 7 colours for the accents, and two colours for the front edges - white or black. The accents include the ring around the camera lens and the volume rocker and power button on the side. Including the two storage variants, the smartphone will have an overall of 504 different permutations for customization. Motorola is also testing wood as an option for the rear panel. You'll also have the choice of matching Sol Republic JAX in ear earphones with the device. You can customize the colour of the headphones.

If that’s not enough, you can also get the back of the smartphone engraved with your name or a personal message. This ensures that your smartphone looks unique when compared to your friends who have also purchased the Moto X smartphone. You can also upload your own customized wallpaper, which will be on the smartphone from the moment you switch it on. Sure, you can add wallpaper on you smartphone any time but the fact that it will come factory preloaded is very cool.

Bring it on UltraPixel!
Coming to the camera on the back of the smartphone, like we’ve said it’s a 10MP camera. The sensor technology however is different when compared to what other smartphones have on offer. It uses something called “Clear Pixel technology”. Rather than the standard RGB, the smartphone uses RGBC where “C” stands for Clear. Put simply, the sensor is designed to absorb more light giving the camera better low light shots. If you flick your wrist twice with the smartphone in your hands, the camera app will launch irrespective of what you are doing on the smartphone.

Overall, the Moto X phone looks really interesting and brings quite a few unique features to the table. The hardware under the hood is built for optimal use with the software on the smartphone. If the battery life of the smartphone is acceptable, we think Motorola has a winner on its hands with the Moto X device.