Motorola's President says that the next generation Moto X 2015 should be released in the second half this year. 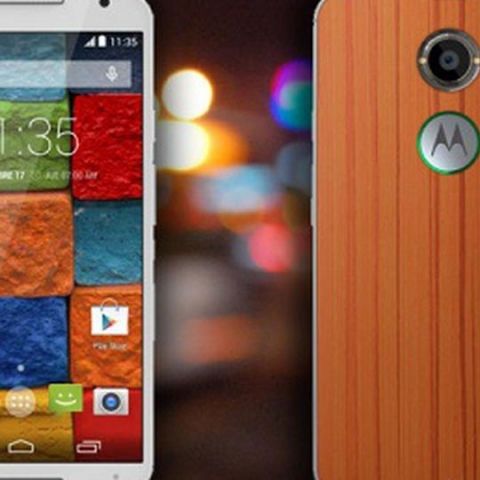 Motorola seems to be gearing up to announce the next Moto X (2015) model in August or September this year. The company had announced the previous version of the device about six months ago.

Motorola has usually launched previous Moto X models in August and September. It seems the company is keeping with that pattenr, planning to announce the third generation of the Moto X this year. Motorola's President, Rick Osterloh, confirmed that the company has been trying "to stay on a roughly annual cycle for all of our products, including Moto X."

Last month, Motorola and Qualcomm confirmed a new Moto flagship smartphone powered by a Snapdragon 810 processor. This could be the next-gen Moto X smartphone, which according to rumors will be "smarter than any other smartphone."

Motorola recently started testing Android 5.1 Lollipop on its Moto X (2014) model. The company has added a new feature that allows you to quickly launch your flashlight with a “chop twice” action. Apart from this, the update will also bring a lots of other improvements in the device. For now the update is limited to the Pure Edition handset but is expected soon on other Moto X models.

Earlier this month, Motorola launched a variant of the Moto Maxx smartphone, dubbed the Moto Turbo, for Rs 41,999 in India. The smartphone has a powerful 3900 mAh battery, and comes with Motorola's Turbo Charger, that gives 7 hours of battery life in just 15 minutes of charging. Other key features of the smartphone are a 5.2-inch QHD display with a Corning Gorilla Glass 3 protection, quad-core Qualcomm Snapdragon 805 2.7 GHz processor, 3 GB of RAM, 21 MP rear autofocus camera with dual-LED flash and a 2 MP front camera. The smartphone runs on Android 5.0 Lollipop.

Motorola also launched the new version of the Moto E in India this month.