It is tipped to be powered by the MediaTek Helio P35 processor.

The renders suggest the presence of a waterdrop notch. 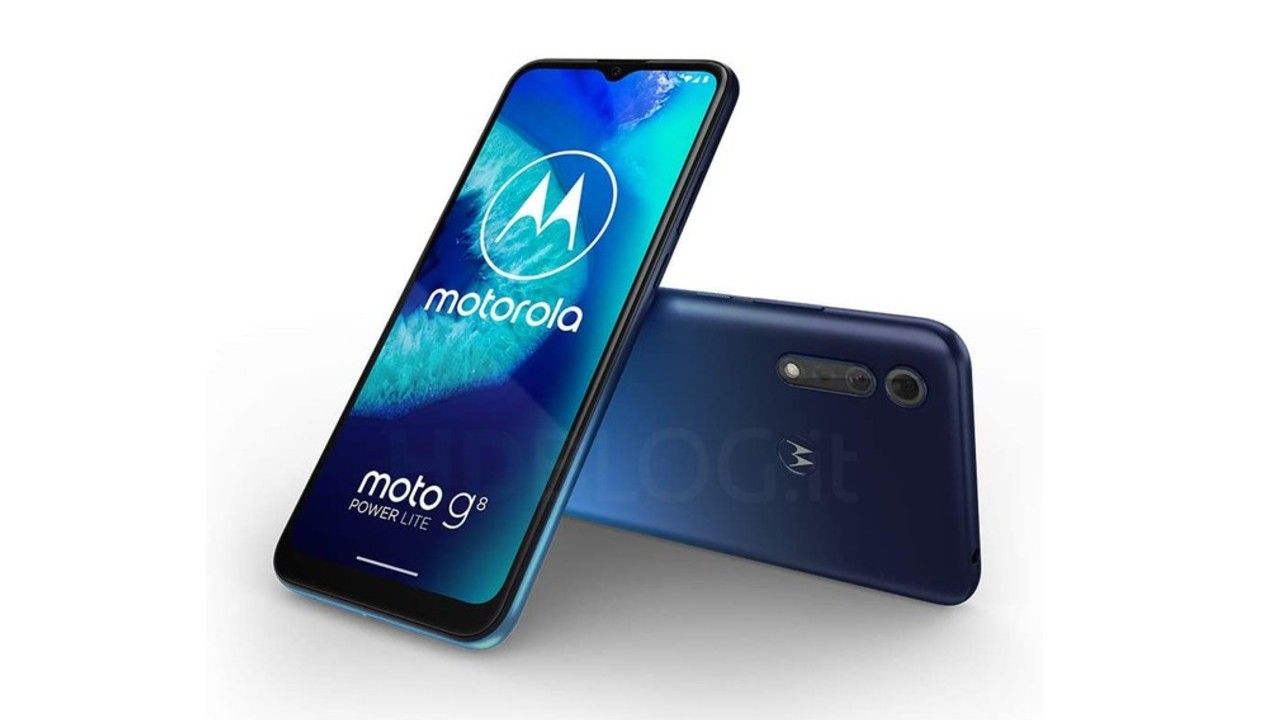 Motorola is gearing up to launch another device in the Moto G8 lineup. The company launched the Moto G8 Plus in India last year. Recently, it introduced two newer models, the Moto G8 and Moto G8 Power. Now, the Moto G8 Power Lite has appeared online. The phone is touted to be launched in April. It could be priced at EUR 189.99 (~ Rs 15,250). The leaks have been shared by Italian publication HDblog. It has provided a list of specifications alongside alleged renders of the device.

The Moto G8 Power Lite could feature a 6.5-inch HD+ (720x1,600 pixels) display. It is tipped to be powered by the MediaTek Helio P35 processor. The latest leaks go in line with the Google Play Console listing leak. While the listing pointed at a 4GB RAM model, the latest development reveals that the handset could be made available with 64GB of internal storage. It may pack a 5000mAh battery with support for 10W charging.

The renders suggest the presence of a waterdrop notch. Plus, there’s a triple rear camera at the back. It is said to come equipped with a 16MP primary camera accompanied by an 8MP shooter and a 2MP lens. The fingerprint sensor is likely to be built-in the Motorola logo at the rear. Moreover, it will come with a 3.5mm audio jack. On the front, we can see the unsymmetrical bezels as the chin is a bit on the thicker side. The images shared by HDblog.it show a power button and volume rocker on the right, and the SIM card tray on the left. The handset has been revealed in blue gradient colour. Further, it may run Android 10.