Lenovo has discounted the Moto G5s by Rs 5,000 till April 11 and it seems that this is being done to clear out old units before the Moto G6 launches. 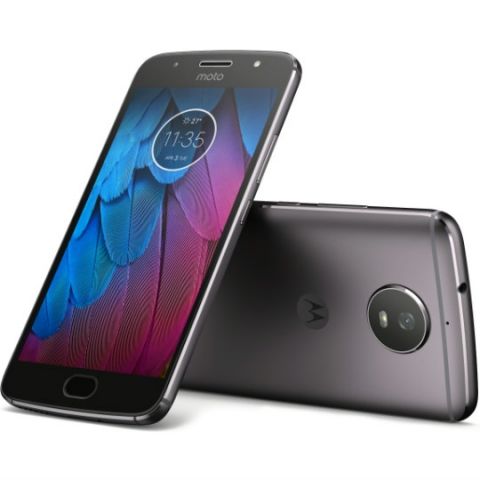 Lenovo has slashed the price of its Moto G5s smartphone in India by Rs 5,000 and it is now available for purchase at Rs 9,999 from Amazon under the 45th anniversary sale. The company announced this on Twitter and said that the discount is being offered as they made the first phone call 45 years ago and will be valid till April 11. For those who don’t know, Martin Cooper, a Motorola employee, made the first publicised handheld mobile phone call on a prototype of the Motorola DynaTAC model on April 3, 1973 from New York City to the Bell Labs headquarters in New Jersey.

Motorola has sent out invites for an event on April 19, where it’s is expected to reveal the Moto G6 lineup of phones and the new discount seems to be a good way of clearing old units. The company also recently rolled out a redesigned version of its camera app, prior to the launch. From the rumours and reports we have come across so far, the company is expected to launch the Moto G6 Plus, Moto G6 Play and the standard Moto G6. The Moto G6 Play is rumoured to feature a 5.7-inch HD+ panel with 18:9 aspect ratio and could be backed with a 4000mAh battery. The smartphone might be powered by the Snapdragon 427 SoC, coupled with options of 3/4GB of RAM with 32/64GB of internal storage, whereas the Moto G6 and the G6 Plus will reportedly be powered by Qualcomm Snapdragon 450 SoC and Snapdragon 630 SoC respectively. In the camera department, the Moto G6 Play could feature a 12MP rear camera and come with a 5MP front facing sensor.

As for the Moto G6, it is speculated to feature a 5.7-inch full HD+ display with a taller 18:9 aspect ratio. It could come with a 12MP + 5MP dual rear camera setup and come with a 16MP front facing sensor and along with a 3,000mAh battery. The Moto G6 Plus is supposed to be the top-most variant which is said to feature a 5.93-inch full HD+ display and could be powered by the Snapdragon 630 chipset, coupled with 3/4GB of RAM and 32/64GB of storage. It could be also be equipped with a 12MP+5MP dual camera setup at the back and a 16MP front-facing camera.

As mentioned above, Moto recently updated its camera app which now comes with a redesigned UI and a new app icon. The app now comes with three sections, photo, video and mode select, which can be accessed by swiping and when one boots up the app, it is set to the photo mode by default, with the HDR toggle, flash toggle, timer and the toggle to switch between auto and manual camera mode options on top. The upcoming Moto G6 series handsets are speculated to come pre-updated with the new version of the app and it is also said to rollout for the company’s other smartphones soon. You can read more about the new app and the features it offers here.Click here to buy Moto G5s.