Moto G5S Plus specifications leaked ahead of July 25 launch

According to the latest leaks, the smartphone is expected to feature a dual rear camera setup and a fingerprint scanner at the front 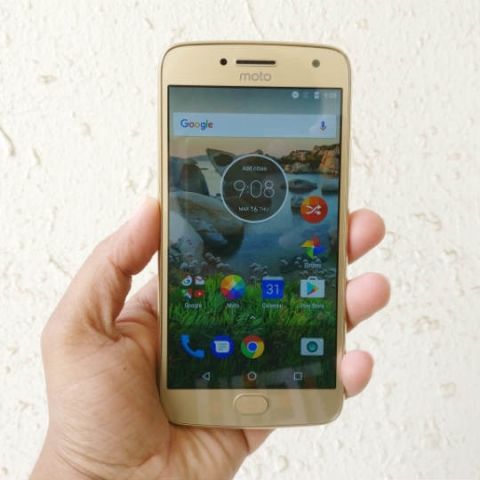 After the success of the Moto G5 Plus, Motorola is gearing up to launch its next smartphone, the Moto G5S Plus. Previous leaks suggest that the phone will launch on July 25 in New York and now, a fresh leak has appeared just days ahead of the launch. According to leakster Andre Yatim, the smartphone will feature a dual rear camera setup. The antenna lines are expected to run on the top and bottom of the upcoming Moto G5S and a Motorola branding is present in the middle, just below the camera module. On the front, there is a fingerprint scanner and a selfie camera with flash. The power button and the volume rockers are placed on the right side of the smartphone.

In terms of the specifications, the Moto G5S Plus is expected to come with a larger 5.5-inch Full HD display. The smartphone is said to run on the Qualcomm Snapdragon 625 platform coupled with 4GB RAM and 64GB internal storage.  Motorola is also expected to launch the new Moto Z2 Force smartphone with a shatter-proof display and dual cameras at the July 25 event in NYC.

The Moto G5S Plus will be an upgraded version of the Moto G5 Plus, which sports a 12MP dual pixel camera with f/1.7 aperture. The phone is priced at Rs14,999 and is one of the best budget smartphones with a dependable camera. You get a stock-like Android experience and a 3000mAh battery. The device runs on the Snapdragon 625 processor coupled with 3GB RAM and 32GB internal storage. You can expand the storage up to 128GB via a micro-SD card. We have compared the camera on the G5 Plus with the camera on the new Samsung Galaxy J7 Max smartphone and you can read the comparison here.