The Moto C Plus is a budget Android smartphone with a 5-inch display and 4000mAh battery. The smartphone will compete with similar offerings from Xiaomi and Micromax 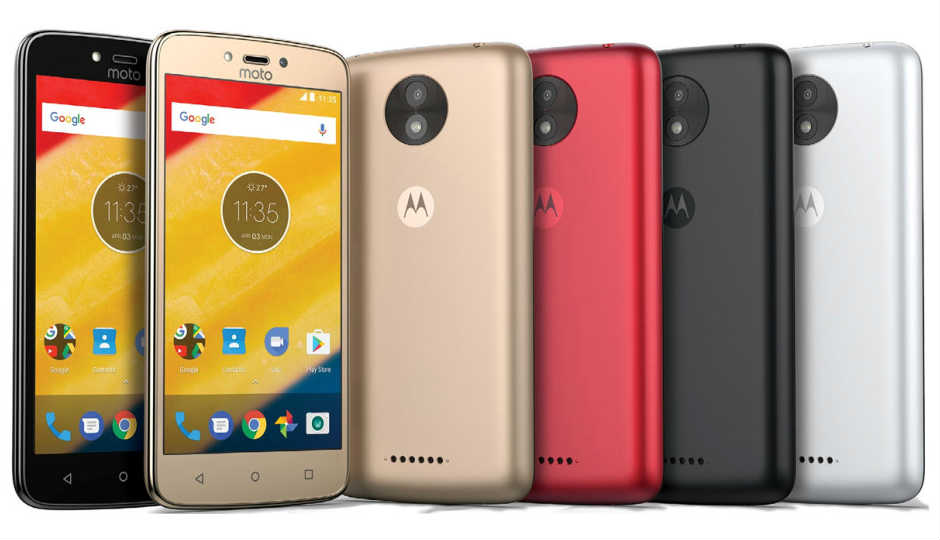 Moto C Plus, the budget smartphone from Motorola will be officially launched in India today. The handset will be announced as Motorola's competitor to the segment dominated by the Xiaomi's Redmi 4 and Redmi Note 4 smartphones. The company has already confirmed that the handset will be a Flipkart exclusive.

The launch event is being held in New Delhi and is expected to start around 12 noon. Moto India is livestreaming the launch on its YouTube Channel. The Indian e-commerce giant Flipkart has further confirmed that the Moto C Plus' first sale will be held at 12 noon on Tuesday. While Motorola's cheapest smartphone, the Moto C, was made available via offline channels, the new Moto C Plus could be an online-exclusive smartphone.

Motorola had first announced Moto C and Moto C Plus globally last month as an attempt to capture the budget smartphone segment in emerging markets. The entry-level Moto C was launched at Rs 5,999 and the Moto C Plus priced at €119 is expected to debut at around Rs 8,500 in India.

In terms of specifications, the Moto C Plus features a 5-inch display with an HD resolution of 1280X720 pixels. The handset is powered by a quad-core MediaTek processor and offers 1GB RAM and 16GB storage. There is also an option to further upgrade the storage to 32GB via a SD card slot. The Moto C Plus also improves over the Moto C with an 8MP rear shooter and a 2MP front camera with selfie flash. Moto C Plus' USP is its large 4000mAh battery, which is similar to those found on Xiaomi's Redmi 4 series. The Moto C Plus supports 4G LTE and runs Android 7.0 Nougat out of the box.