Moto C, C Plus renders,360 videos leak ahead of launch 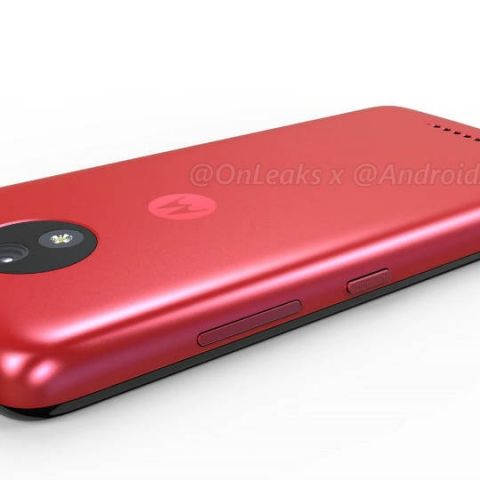 Motorola may soon add two more smartphones to its Moto series with the launch of Moto C and Moto C Plus. Details about the upcoming smartphones have already been leaked, and now we have fresh set of renders and 360 degree video of both handsets.

Moto C and C Plus are expected to be Motorola's cheapest Android smartphones yet and will likely be priced lower than company's existing Moto E series. The renders posted by Android Authority in collaboration with OnLeaks, suggest the devices will feature removable back panels. Both devices look similar in terms of design, except for the design of the camera module. Both models feature a rear-mounted speakers with the headphone jack and micro-USB port located on top.

Moto C is expected to come with 1GB RAM and option for 8GB or 16GB storage, while C Plus may offer either 1GB or 2GB RAM, with 16GB storage. Both devices will most likely support microSD expansion and run Android 7.0 Nougat out of the box. In terms of camera, Moto C is expcted to feature a 5MP rear camera, while C Plus may sport an 8MP rear unit. Both Moto C and CPlus may come with a 2MP front camera. along with a 2350mAh battery and 4000mAh battery respectively.