Moto C, C Plus will be Lenovo's competitor to Xiaomi's Redmi 4A

The Moto C and C Plus will be Moto's cheapest Android smartphones yet. The smartphone will be aimed at first time smartphone buyers. 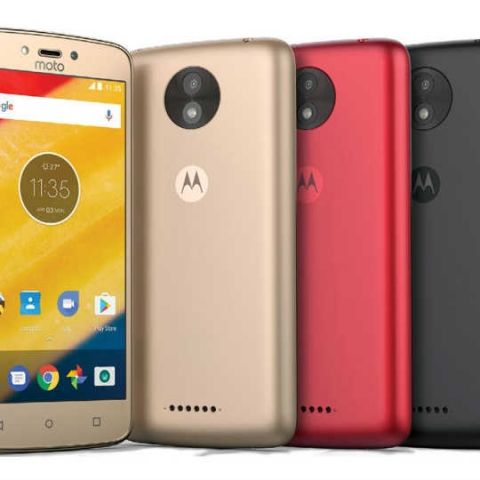 Lenovo might soon introduce a new budget Android series in its Moto lineup, with Moto C and C Plus. The company recently updated its Moto G range with Moto G5 and G5 Plus and the updated Moto E4 has already passed through FCC. According to VentureBeat, the Moto C and C Plus will be the most affordable Android smartphone from Lenovo's Moto. The Moto C series handsets will be aimed at first time smartphone buyers.

The Moto C and C Plus will offer same 2MP selfie camera with flash, but primary cameras are said to be different. The Moto C will feature a 5MP rear camera with fixed focus on 3G variant and autofocus on 4G, while C Plus bumps the resolution to 8 megapixels. The handsets are also expected in a wide range of colours including black, white, gold, and red.

Considering the specs detailed here, the Moto C series could be Motorola's competitor to Xiaomi's recently launched Redmi 4A smartphone. Xiaomi claims to have sold over 2,50,000 units of Redmi 4A during the first flash sale held on Amazon India. With Moto C, Lenovo is likely to be aiming to tap into an unexplored entry-level smartphone segment.